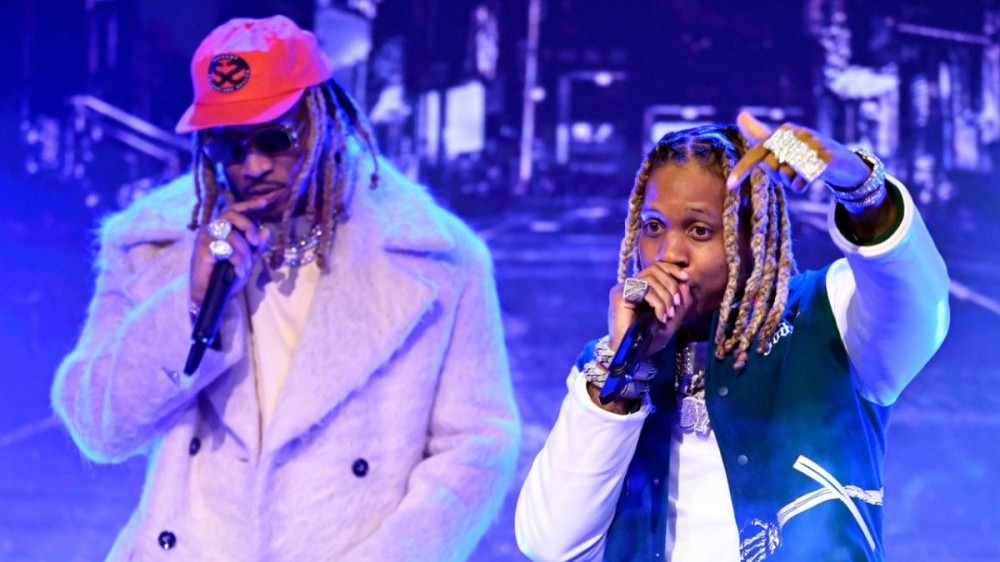 Delivering a double dose of music, the Chicago native performed “Petty Too” alongside the song’s guest artist Future, who was welcomed with a chorus of cheers when he hit the stage.

Durk then cranked up the temperature with a fiery rendition of “AH HAAA,” his snotty diss track aimed at his current rap rival NBA YoungBoy.

The medley was Lil Durk’s first headlining appearance on The Tonight Show Starring Jimmy Fallon. The 29-year-old previously made a cameo during Pooh Shiesty‘s “Back In Blood” performance on the show last April.

Meanwhile, Future‘s last Tonight Show appearance came in September 2018 when he performed his Beast Mode 2 album cut “31 Days” while paying tribute to the late Mac Miller, who tragically passed away earlier that month.

The project is expected to make a big splash on next week’s Billboard 200 chart with projected first-week sales of 120,000 to 130,000. That figure will earn Smurk his first solo No. 1 album; he previously topped the chart with his The Voice of the Heroes collaboration with Lil Baby last year.

Durk is set to return to the stage next month on his aptly-titled 7220 Tour. The 17-city trek kicks off in Phoenix, Arizona on April 8 before wrapping up in his hometown of Chicago on May 2. Check out the full tour dates below.