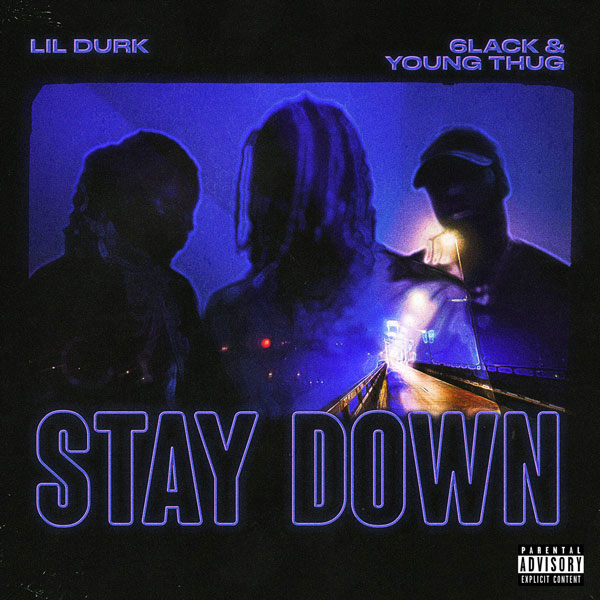 After collaborating with everyone from Drake to Queen Naija, Lil Durk shows no signs of stopping.

The Chicago rapper enlists 6LACK and Young Thug for “Stay Down,” the first single off his upcoming album, The Voice. On the melodic track, produced by Metro Boomin and DY, Durk reflects on love while 6LACK delivers the brooding chorus and Thugger adds a hypnotizing verse.

The video, directed by Collin Fletcher and Nick Vernet, finds Durk riding a hovercraft through a desolate forest at night, while 6LACK and Thug make cameos.

“Stay Down” follows Durk’s string of collaborations with Ty Dolla $ign (“Double R”), Ne-Yo (“U 2 Luv Remix”), and Drake (“Laugh Now Cry Later”), which has sold over 1 million units in the U.S.

The Voice is due later this year.