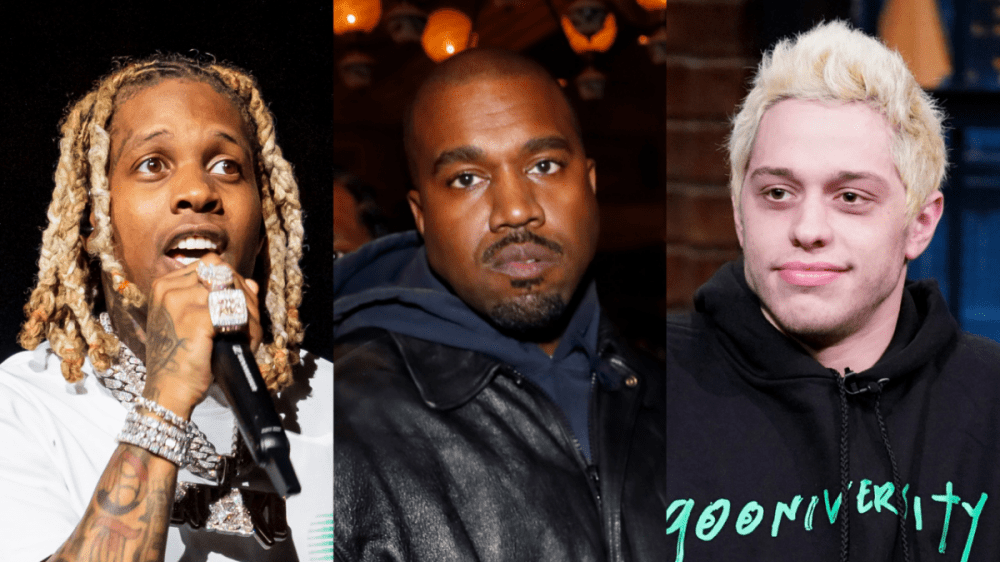 Lil Durk and Kanye West were supposed to go head-to-head with their new albums, 7220 and Donda 2, respectively, on Tuesday (February 22) — until Durkio bailed on the showdown at the last minute and pushed his project back to March 11. (Donda 2, meanwhile, has yet to be released in full.)

That sent the rumor mill into overdrive on Wednesday (February 23) when, seemingly out of nowhere, speculation suggested the OTF rapper was “trolling” Kanye and has even secured a feature from Pete Davidson, who is currently dating Ye’s estranged wife Kim Kardashian, on 7220.

Lil Durk wasted little time in debunking the rumor as he took to his Instagram Stories on Wednesday to set the record straight — while dropping a Kanye-related bombshell in the process.

“This a lie I don’t even play like that,” the Chicago rap star wrote. “Plus Ye want to do a album together.”

Lil Durk and Kanye West have crossed paths a few times already. The Chi-Town natives linked up in person in Atlanta in October 2020 before teaming up on wax for the first time on the Donda album cut “Jonah” alongside Vory.

Of course, neither rappers are strangers to collaborative albums. Kanye West has released blockbuster efforts with JAY-Z (Watch the Throne) and Kid Cudi (Kids See Ghosts), while Lil Durk joined forces with Lil Baby on last year’s The Voice of the Heroes, which earned him his first No. 1 album.

As for Pete Davidson, the SNL comedian/actor has bore the brunt of repeated attacks from Kanye West in recent months. The Chicago-bred billionaire took aim at Davidson on his “EAZY” collaboration with The Game, on which he rapped, “God saved me from that crash/Just so I can beat Pete Davidson’s ass.”

Ye has also publicly humiliated his soon-to-be-ex-wife’s new man on social media, calling the 28-year-old “Skete” and a “dickhead” while urging his fans to “scream at [the loser] at the top of your lungs and say KimYe Forever” if they ever see him in public.

Kanye even cut Kid Cudi from Donda 2 over his friendship with Pete Davidson, although the longtime collaborators appear to have since mended fences.