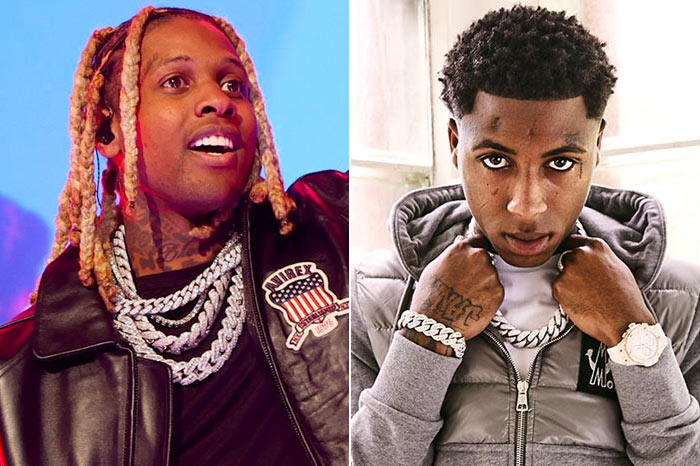 On Monday night, Durk dropped his new single “AHHH HA” from his upcoming album 7220, which appears to include some lyrics aimed at YoungBoy. The rap rivals have been engaged in a feud over the last several months.

“Ni**as actin’ like they really like that since my brodie died (Von) / Just got out the feds, you bring up murders with your police ass,” raps Durk, a possible reference to NBA YoungBoy, who was released from prison in October.

Back in January, YoungBoy seemingly referenced King Von’s murder on his song “Bring the Hook” off his Colors mixtape. “Ni**a, this that Squid Game, O’Block pack get rolled up / Murder what they told us, Atlanta boy get fold up,” he raps.

According to HotNewHipHop, “AHHH HA” also includes a shot at Jania Meshell, YoungBoy’s ex-girlfriend, who was romantically linked to King Von. “I told Von to leave that bitch alone, she post on OnlyFans,” adds Durk.

Durk’s new album 7220 was expected to drop today, the same day as Kanye West’s DONDA 2, but it has been delayed until March 11. The 17-track set is now available for pre-order and includes the single “Broadway Girls” with Morgan Wallen.

Following the album’s release, the OTF boss is set to embark on his “7220 Tour,” which kicks off April 8 in Phoenix before traveling across the U.S., with stops in L.A., Houston, Miami, Atlanta, and New York.