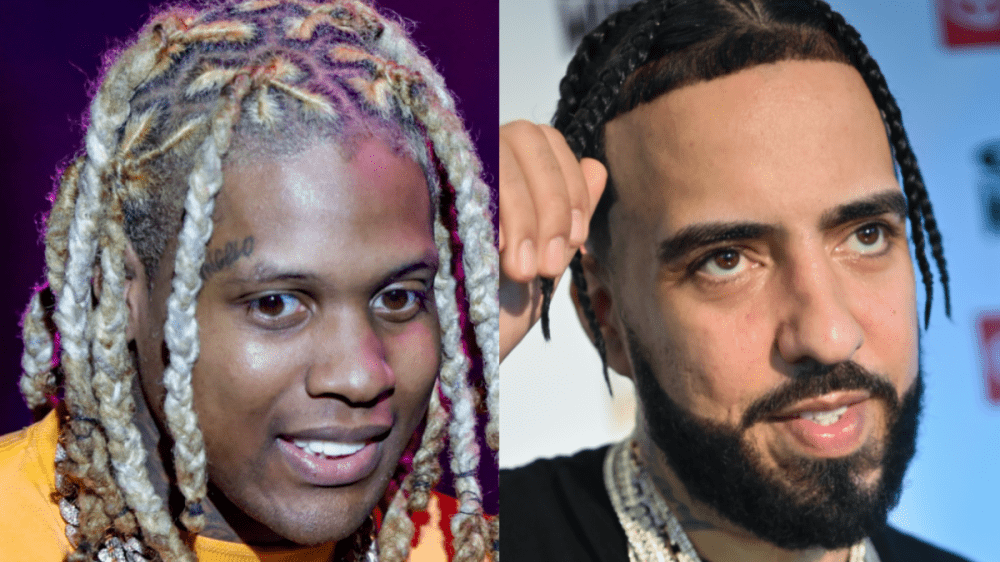 Lil Durk has seemingly responded to French Montana after the New York rapper recently took credit for launching his career.

French Montana took to Twitter on Wednesday (October 27) to give himself props for putting on a number of rappers, tweeting, “THEY GOT AMNESIA LIKE I DIDN’T GIVE THEM CHINX DRUGZ LIL DURK AND HARRY FRAUD.” The post was part of a flurry of “THEY GOT AMNESIA” tweets — also the title of his upcoming album — reminding people about things he’s achieved in his career.

“A n-gga said he made me that’s the biggest cap…… 7220,” Durk wrote, referencing his old area code in Chicago.

Despite his comments, Lil Durk previously gave credit to French Montana for supporting him when others didn’t. In December 2019, he posted an Instagram video previewing a song that referenced his intentions to sign a deal with Montana.

“When I fell out with French Montana that shit did me damage,” he rapped. “I learned the rules of a contract but I was planning on signing/He picked me up when Def Jam didn’t, he turned me diamond/Now, I’m the voice of the streets, perfect timing.”

Lil Durk was affiliated with French Montana’s Coke Boys label in 2011, but never put pen to paper. The pair have collaborated a number of times over the years, including three songs, “Brothers,” “Hot Boy Bling” and “Yes Sir,” on Montana’s CB5 mixtape in November 2020.

French Montana’s fourth studio album They Got Amnesia is set to be released on November 12 via Epic Records/Bad Boy Entertainment. The first single “I Don’t Really Care” — produced by Boi-1da and Lil CC — arrived on Friday (October 29), with the Diddy-starring video racking up over 3.7 million YouTube views over the weekend.

Watch the “I Don’t Really Care” visual below.