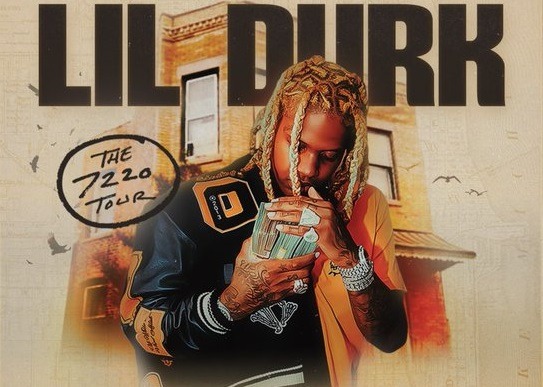 Lil Durk is ready to take another lap around the country, announcing his 7220 Tour. The tour is to support his forthcoming album of the same name.

The tour is hosted by Live Nation and will kick off with an April 8 show in Phoenix before running through 17 dates and wrapping up with another homecoming show in Chicago. Stops in the middle include Miami, New Orleans, Los Angeles, St. Louis, and additional areas.

During Smurkio’s last visit to Chicago, he headlined the WGCI Big Jam and proposed to his girlfriend India Royale on stage. With over 15,000 in attendance, Durk dropped to one knee, revealed a ring, and popped the question. “You know I love you to death,” Durk said. “You’ve been holding me down when I was going through a lot. You’re the realest and I just love you to death. Would you want to be my wife?”