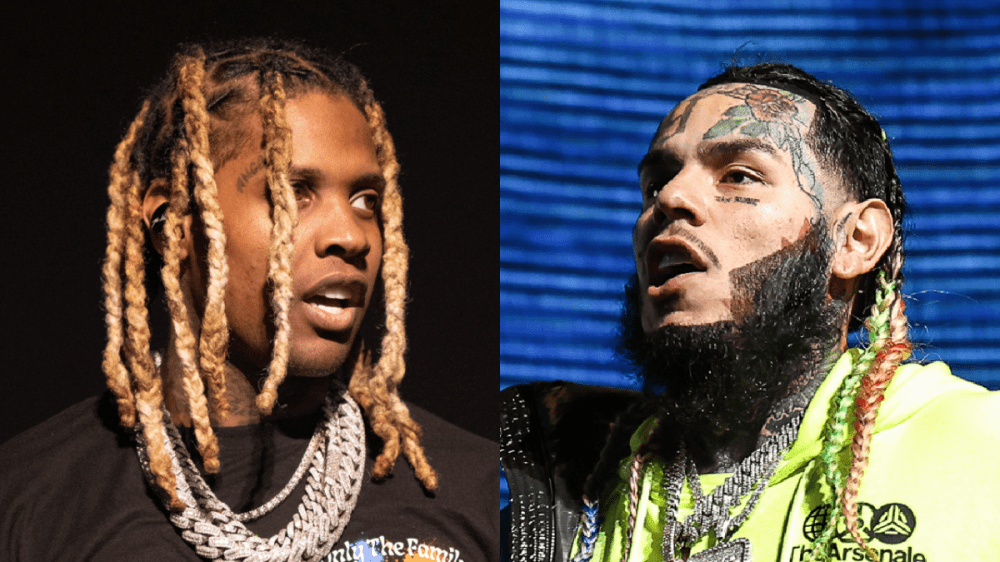 Lil Durk dropped off the deluxe edition of his chart-topping 7220 album on Friday (June 24), adding 14 new songs to the project to bring the total sum up to 31.

Among these new tracks is “Huuuh,” a rambunctious trap song that finds Durk partially commenting on 6ix9ine ambushing his viral doppelgänger Perkio in an attempt to taunt the Chicago lyricist back in April.

“Man I’m Durk and you got my ‘lo, why you play with Perk?” Durk raps on the song. “Fuck the feds who walk around with you, them n-ggas gon’ get hurt.”

The verse was in response to a video 6ix9ine posted of him and his entourage swarming Perkio and gifting him a jacket with the late King Von embroidered on the back.

“@lildurk I had a gift for the bro,” the rainbow-haired rapper captioned a video showing him placing the jacket over Perkio’s shoulders as he looks visibly uncomfortable. “Your n-ggas ain’t never gon’ slide but they definitely rep you all day on t-shirts.”

“We got bro the jacket,” 6ix9ine explains in the clip as Durk’s twin fidgets. “You good, just leave the jacket on.”

Perkio explained after the video went viral that he had arranged to meet up with someone for a collaboration, but that someone ended up being 6ix9ine.