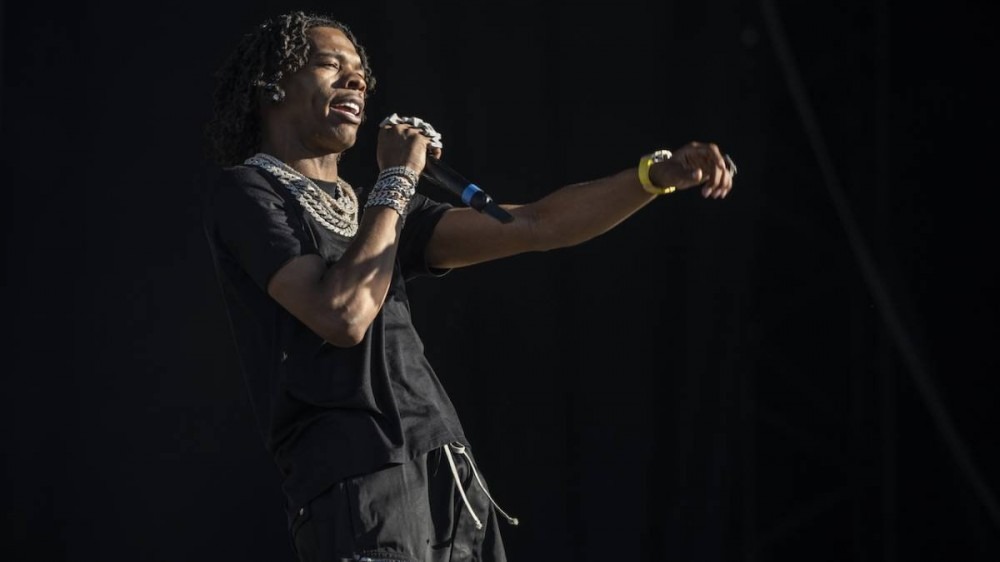 Frauenfeld, Switzerland – Lil Baby is the latest rapper to deal with an unruly fan across the pond. During his Openair Frauenfeld set in Switzerland on Thursday (July 8), the 4PF rapper took the stage to perform a medley of hits.

With his back to the crowd, Baby sees the fan approach him with outstretched arms. What the fan doesn’t see, however, is Lil Baby’s security guards behind him. One guard takes off in a brief sprint and violently shoves the man, whose foot catches a speaker onstage. He then falls into a barricade below.

The status of the fan is unclear, but the incident seems to suggest these types of run-ins are becoming more common. At the same festival on Wednesday (July 6), Roddy Ricch kicked a fan who was subdued by security guards for trespassing onstage during his performance.

European festivals have provided some unique artist/fan interaction in recent days. Aside from Roddy’s teaming up with security guards to remove one fan, Cardi B had to defend herself after she concluded her performance at Wireless Festival in London.

On Friday (July 8), Cardi found herself on the shoulders of a security guard engaging fans when one decided to pull at her hair. Cardi responded by swinging her microphone to keep the fan at bay before she departed.