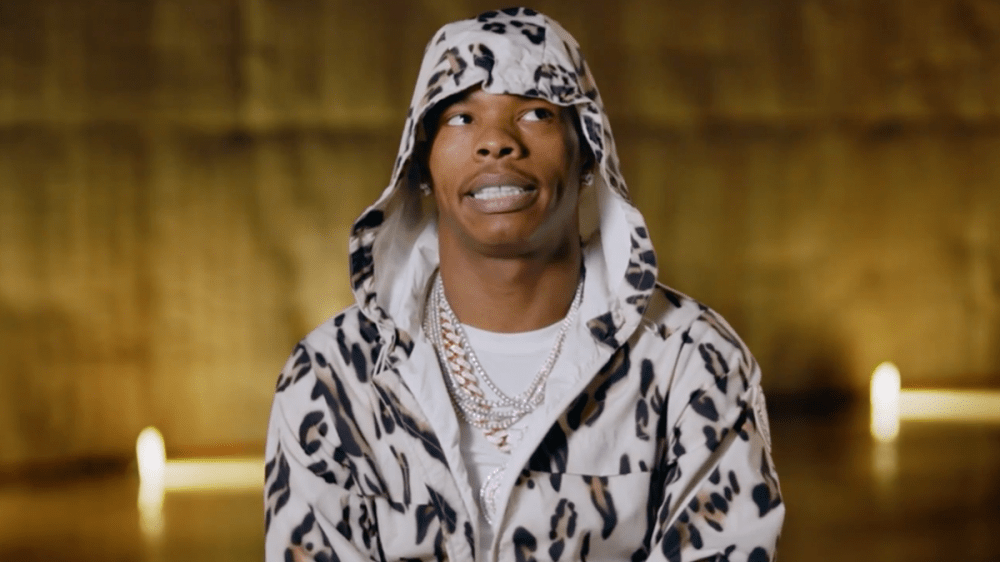 Lil Baby and Lil Durk are currently on the road as part of the Back Outside Tour. As the name of the North American run suggests, it marks the first time the chart-topping rapper has been able to tour since the COVID-19 pandemic kicked off in March 2020.

During a stop at Charlotte, North Carolina’s PNC Music Pavilion on Saturday night (September 11), an overzealous fan rushed the stage and stood there trying to speak to Lil Baby as he performed.

With a puzzled look on his face, Lil Baby just stared at him for a few seconds before his giant security guard clotheslined the poor sap and violently dragged him off stage.

Lil Baby has come a long way since 2017 when his rap career really started to flourish — and now playing stadiums is normal. In an August interview with Billboard, Lil Baby talked about his newfound responsibilities as a role model, even though he’s not necessarily trying to be one.

“Now that I know that I am, I try to carry myself differently, because I got people watching,” he said. “I don’t even be doing what I really want to do. I do what I gotta do now.”

Baby also promised his live show was going to be sewn up.

“I’m going to be better prepared for the tour,” he said. “Right now, my goal is to make my show the craziest shit on Earth. Like Rolling Loud, I’m trying to make my sets crazy. What else would I be doing — vacation?”

The Back Outside Tour picks up again on Tuesday (September 14) at the Smoothie King Center in New Orleans. From there, Lil Baby and Lil Durk hit cities such as Dallas, Houston, Austin, Albuquerque and Denver before wrapping up on October 15 in West Palm Beach, Florida.