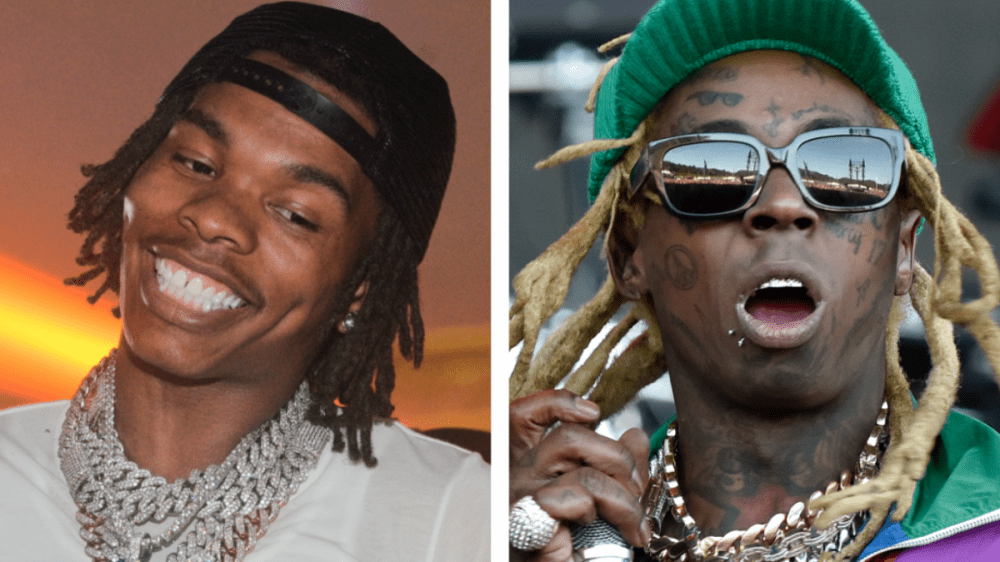 Lil Baby is feeling good about himself, and it’s hard to blame him between his recent Grammy nominations and success across the Billboard charts. The Quality Control rapper carries that energy into his latest verse for EST Gee’s “5500 Degrees,” released on Wednesday (July 21), in which he confidently calls himself the Lil Wayne of this current rap generation.

“I’m going too crazy, I’m the Wayne of this new generation,” he raps. “N-ggas fugazi, they can’t fuck with us no type of ways, these n-ggas too lazy/I’m cut from a different type of cloth, I don’t know who raised ’em/Every time I pop out all the women screaming, ‘Woo, baby.’”

As well as Lil Baby’s appearance, 42 Dugg and Rylo Rodriguez also come through with verses on the track.

During a conversation with Rolling Stone in November 2020, Lil Baby talked about Lil Wayne’s influence on him as a rapper.

“I started listening to the lyrics, I started listening to what the homie was saying, and when you’re speaking about something so real like that and figuring out how to make that shit actually go together and sound the way he make it sound – make it rhyme, even when it doesn’t rhyme, even when it doesn’t have to rhyme – that’s when you’re discovering something within yourself,” he said.

“5500 Degrees” appears on EST Gee’s Bigger Than Life or Death album, which arrived on Wednesday (July 21) through Yo Gotti’s CMG and Interscope Records with other features from Future, Young Thug, Lil Durk, Pooh Shiesty and Gotti himself — listen to “5500 Degrees” above and stream the project below.