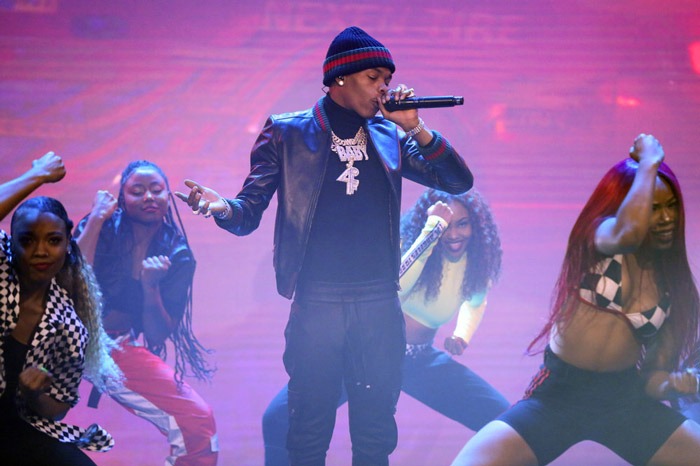 Lil Baby kicked off the new year as the first musical guest on “The Tonight Show.”

The Atlanta rapper took over Studio 6-B to perform his latest single “Woah” on Monday’s show. Joined by several dancers, he commanded the stage while scenes from the music video played on screen behind him. Following his thrilling performance, he earned a standing ovation from the audience.

The Grammy-nominated MC is now gearing up to release his new album My Turn, the follow-up to his 2018 debut Harder Than Ever. Just last week, he revealed the cover art, while a release date remains unknown.

Additionally, he has been teasing his Lamborghini Boys mixtape and recently teamed up with Moneybagg Yo on the latter’s single “U Played.”