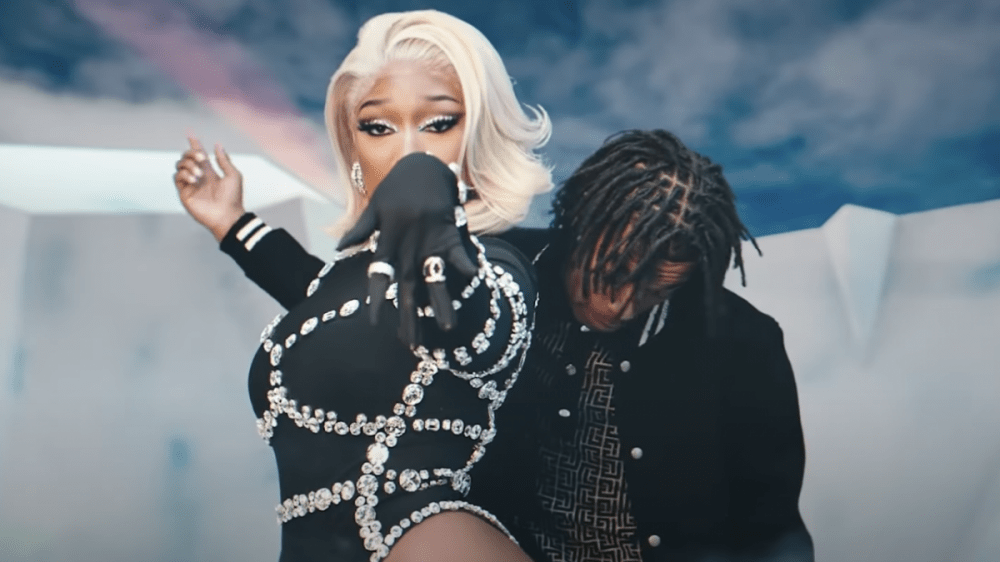 Megan Thee Stallion’s break from music is taking a brief hold for the moment. Lil Baby unleashed the remix to his Billboard Hot 100 hit “On Me” on Tuesday (April 27), which finds Meg connecting with the scorching Atlanta native for their first official collaboration.

“This ain’t tag, why you runnin’ from me/Suck it while he cummin’ (Ah)/When I do my little dance, get the Kelly and the Birkin (Mwah)/If he act up I don’t give a fuck, I’m a rich bitch (I’m a rich bitch)/I’ll be damned if a n-gga have me cryin’ in the whip,” she raps on the second verse.

A chilly accompanying visual also arrived on Tuesday, as Lil Baby and Meg travel through some icy glaciers before the Houston Hottie heats up with a steamy trip to a volcano eruption in a latex bodysuit.

“On Me” is holding strong at No. 32 on the Hot 100 five months after its debut and should shoot up into the top 20 with a boost from Megan Thee Stallion. On Instagram, Lil Baby also teased how the rest of 2021 was going “to be crazy” for him.

Last week, Meg announced she would be stepping away from music for at least the foreseeable future. She assured fans she’d be back when the timing is right but her team prepared a futuristic rollout when revealing her upcoming absence.

“Megan Thee Stallion is recharging,” the post read. “Due to the demands of the Hot Girl lifestyle Meg has now entered a period of regeneration to prepare for what’s next. ….In her absence; mgmt will manage all social posting on behalf of Thee Hot Girl Coach. [[Thee Hotties]] lead a brave //RESISTANCE in anticipation for the return of their Fearless Captain!”