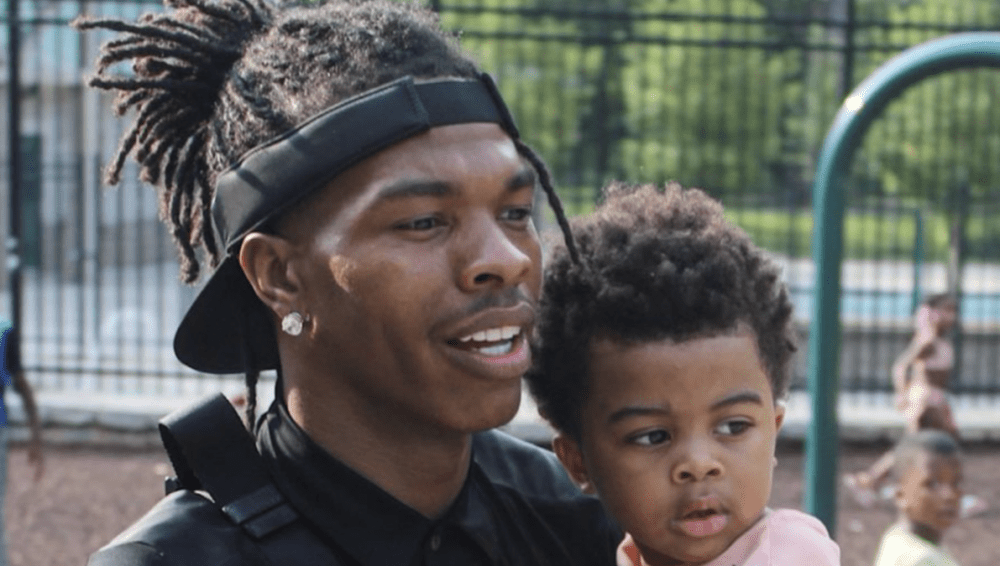 Atlanta, GA – Lil Baby loves giving back to his Atlanta community whenever he can. With schools gearing up to open in the fall, Lil Baby hosted a back-to-school drive on Sunday afternoon (August 8) where he gave away a ton of school supplies, fresh clothes and new laptops for students.

Footage emerged from the giveaway with kids smiling from ear-to-ear while shouting out Lil Baby for his generosity as they head into a new school year.

There was also merch available from his Four The People Foundation. The turnout looked to be a success as hundreds and hundreds of kids were served which made the back-to-school burden for parents much easier.

“My life feels like a responsibility,” Lil Baby told Billboard of his community outreach. “I’m not even trying to be no role model, honestly. [But] now that I know that I am, I try to carry myself differently because I got people watching. I don’t even be doing what I really want to do. I do what I gotta do now.”

On the music front, Lil Baby is keeping busy. The 4PF boss is expected to make a guest appearance on Kanye West’s “Hurricane” from his yet-to-be-released Donda album alongside The Weeknd.

Baby is also set to hit the road with Lil Durk for The Back Outside Tour, which kicks off in Mansfield, Massachusetts, 0n September 1.