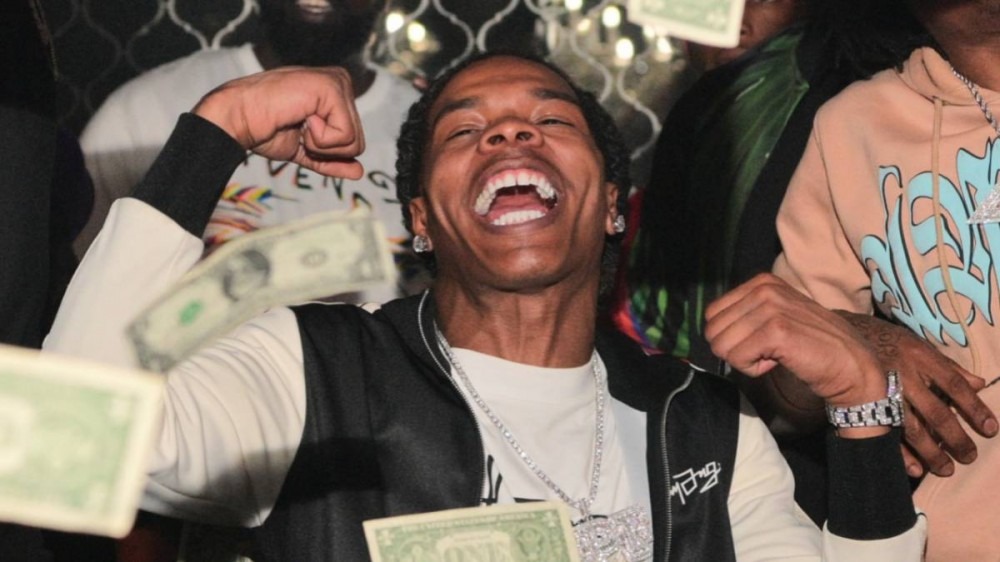 Lil Baby is the latest rapper to catch the Squid Game bug, and he took his obsession one step further by competing in a real-life challenge from the globally popular show.

On Wednesday (October 13), the 4PF hitmaker paid a visit to Pat ‘N Moon sneaker store in his hometown of Atlanta, where he put his skills to the test in a honeycomb challenge inspired by episode three of the show, which was recently announced as Netflix’s most-watched series ever with over 111 million viewers.

As those who’ve watched the episode will know, participants must carve out a shape from a round piece of dalgona candy with a needle within the allotted time. Just like the show’s protagonist, Seong Gi-hun, Lil Baby was tasked with carving out the most difficult of the four shapes: an umbrella.

Of course, Pat ‘N Moon’s Squid Game challenge wasn’t quite a life-or-death affair, nor was there a grand cash prize on offer. Instead, the store promised the winner a new pair of Off White x Nike Dunks. It’s unclear if Lil Baby emerged victorious, though.

Having recently earned another gold plaque thanks to his The Voice of The Heroes album with Lil Durk, it goes without saying that Lil Baby isn’t exactly in desperate need of a pay day like the contestants who are willing to risk it all in Squid Game.

On Thursday, the Atlanta rapper splashed the cash on a brand new Jaguar sports car for his mother, which he showed off on his Instagram Stories. Earlier this year, Lil Baby treated his mom to a night out at the 63rd Annual Grammy Awards in Los Angeles, where he was nominated for two awards.