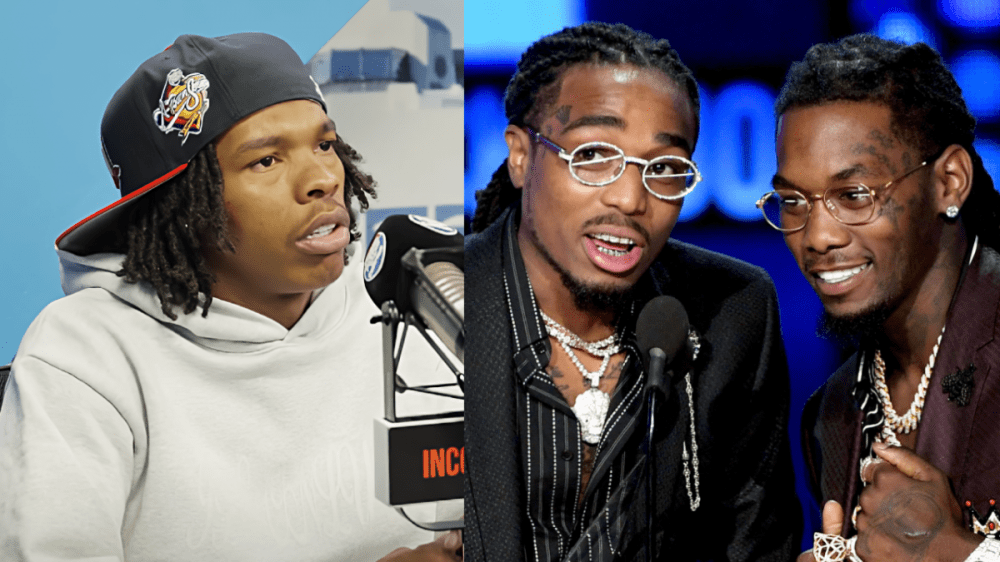 Lil Baby has addressed the rumors that there’s a beef brewing between himself and Migos.

The Atlanta rap star sat down for an interview with Posted on the Corner on Tuesday (October 18), where he set the record straight on his relationship with Quavo, Takeoff and Offset.

As Lil Baby explained, he has no issues with the Culture trio and the reason he hasn’t spoken about it until now is because he prefers not to feed into the speculation that suggests otherwise.

“Hell nah!” he replied when asked if there are “underlying issues” between himself and Migos. “I don’t even want to comment on that type of stuff. I feel like when I comment on something, it makes it bigger.

“First of all, I really don’t see shit on the internet. People send me shit and I be wanting to comment, but then I feel like that’s just gonna make it even more… But they know I ain’t got nothing going on with them.”

Rumors of a rift between Lil Baby and Migos circulated in 2020 after an alleged altercation between Offset and Baby’s 4PF crew, which Akademiks suggested was over Baby climbing the pecking order at Quality Control Music, the Atlanta-based label both acts are signed to.

Things seemingly flared up this past summer when Offset sued Quality Control over his solo catalog, prompting what appeared to be a subliminal response from the “Drip Too Hard” hitmaker and label CEO Pierre “Pee” Thomas.

“Aye, Baby, read what it say on the back,” Pee told the rapper, referring to a painting hanging on the wall, in an Instagram video posted shortly after Offset filed the lawsuit. Lil Baby replied: “Show must go on!”

Lil Baby’s rumored 2021 fling with Quavo’s ex-girlfriend Saweetie has also cropped up in recent weeks after the Migos rapper appeared to reference it on Only Built For Infinity Links, his joint album with Takeoff.

“I said ‘Caresha, please’ ’cause she too messy / Bitch fucked my dawg behind my back but I ain’t stressin’ / You wanted the gang? You shoulda just said it, we would’ve just blessed it / Now shit got messy,” he rapped on the aptly titled “Messy.”

Fans believe Lil Baby responded to Quavo on his own new album It’s Only Me. “I don’t want yo bitch, we can’t swap out / They ain’t on shit, tell ’em to pop out,” he rapped on “Stand On It.”

The line seemingly referenced an Instagram Story from Quavo that read: “Ain’t trippin we can swap it out! #QCTheLabel,” which was posted shortly after Saweetie was spotted sitting on what appeared to be Lil Baby’s lap.

Elsewhere, on “Not Finished,” Lil Baby seemingly addressed the aforementioned picture by rapping: “She post a picture without my permission / Got me in some shit, man, these women is wild.”