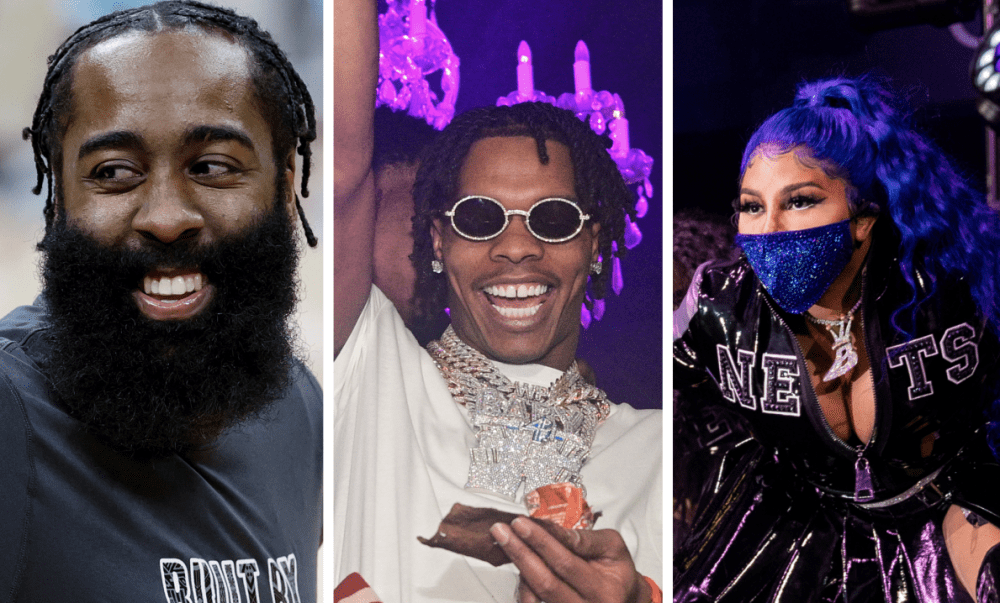 BROOKLYN, N.Y. – There was a party in Brooklyn on Monday night (March 29), and Hip Hop crashed it. The Brooklyn Nets’ victory over the lowly Minnesota Timberwolves saw Lil Baby and his protege 42 Dugg courtside while BK’s own Lil Kim held down the halftime show for the 2,000 fans in attendance.

James Harden reunited with Lil Baby after ditching Rockets training camp in December to help the 2020 HipHopDX Rapper of the Year ring in his 26th birthday with honeybuns and stacks of cash prior to being dealt to Brooklyn.

The duo caught up postgame with Harden leading the Nets to a win and posting his franchise record-tying 12th triple-double of the season. Social media had a field day when the frame switched from Lil Baby to James Harden dapping up 42 Dugg with the stark height difference between the Detroit native and the 6’5″ star guard.

Harden did not have to disrespect 42 Dugg like this. pic.twitter.com/ROxYJCfqKJ

Lil Kim kept fans entertained during halftime’s lul in the action. She donned a Brooklyn Nets jacket, black latex skirt and glistening blue mask while running through a medley that included hit tracks such as “Not Tonight” and “Lighters Up.” Kim even got a little emotional when the Nets gifted her a customized jersey with her name on the back.

“I’m about to cry, I always wanted my own jersey,” Lil Kim said with a quiver followed-up with a Brooklyn chant.

Across the Brooklyn Bridge, the stars were out on celebrity row for the New York Knicks with Jack Harlow wrapping up his Saturday Night Live weekend alongside comedian Pete Davidson. He also made sure to pose for a pic with the Miami Heat’s Tyler Herro after their victory as well.