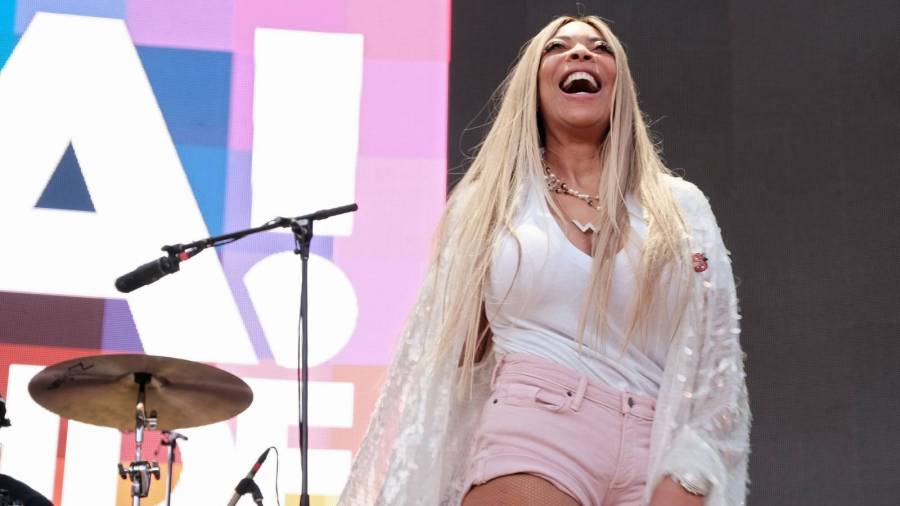 Lifetime continued its biopic run on Saturday (January 30) with the premiere of Wendy Williams: The Movie. As indicated by the title, the film detailed the life of sensational talk show host and former radio personality Wendy Williams.

Par for the course, the movie came with a few eye-opening revelations, including a depiction of Williams’ alleged “toxic” relationship with Hip Hop legend Eric B. According to Williams and her recollection of the romance, Eric B. ruined her credit score, cheated on her and appeared to be in the relationship solely for monetary gain.

Shortly after their relationship ended, Williams reportedly aborted their child. While Williams has spoken on her time with Eric B. in previous interviews, the film was the first time the abortion had been mentioned, something she said in the film was “one of the loneliest experiences” of her life.

In a 1999 interview, Williams accused Eric B. of being unfaithful and using her for money.

“He was cute at the time, the ponytail, all that gold jewelry,” she said. “Here’s the thing – and we all go through this. First of all, I never had a home number. It was always pagers and mind you, we dated for over a year. Of course, he had other women. This was eight years ago. And eight years ago, I was still on top of my game in the radio career.

“So I really can’t figure out why I was this stupid. I was making pretty decent money. I was Queen of the Radio and I don’t know why I accepted it. It wasn’t like I was some scrub who had to take this from a man.”

Williams also claimed they never used protection, adding, “Although we used to have good times together and go out on some great dates and stuff, a lot of his visits to my apartment would be like after two o’clock in the morning. But I would accept it because of rappers in the studio. But I also know they use that a lot in terms of cheating.

“And the third thing and the most vile thing is that he never used condoms, and I accepted that. He used to jet to Atlantic City and go to Vegas, and most of the time, it was me paying for it, believe it or not. I know, I know!”

Following the debut of Wendy Williams: The Movie, Williams found herself in a rare position — people were actually coming to her defense with one person writing on Twitter, “I didn’t know she went through an abortion alone. I wish there were community advocates to be there for her. She is powerful for sharing that part.”

Another added, “I love that #WendyWilliams is telling not only on all these trash industry men and women, but also on her damn self. Her addiction, need to be loved and validated by men, and the low self-esteem things she did because of it. Eric B. was trash!”

My reaction to her dating Eric B. He ruined her credit, got her pregnant & stole her rental. F! Boy! #WendyWilliamsWatchParty #WendyWilliams pic.twitter.com/jfbmLc85QQ

Williams has taken shots at Eric B. over the years, more recently during a November 2019 episode of The Wendy Williams Show where she criticized his looks following his 2017 arrest.

“I knew Eric B. intimately,” she begins around the 12-minute mark. “A couple of very severe things happened to me while I was involved with Eric B., life lessons and you’ll see it because the movie’s a teachable moment. While it’s gonna be very dramatic, it’s a teachable moment.”

Williams dropped another bombshell last week during an interview with DJ Suss One in which she confessed to having a one-night stand with Wu-Tang Clan legend Method Man.

“I smoked a blunt with Method Man while I gave him a bath and it was a one-night-stand,” Williams said. “And he’ll deny it, maybe not. It wasn’t in the [biopic] because Method Man is still very angry at me. I don’t know [why]. For being me, for telling the truth. It was one night, we were in the club when a fight broke out and gunshots broke out. The fight was ridiculous. The whole Wu-Tang was there. But it was only Meth up in the rafters.”

This, of course, was enough to pull 50 Cent in the mix who couldn’t stop himself from clowning Meth, writing on Instagram, “If i was you @methodmanofficial i would not remember that shit either. LOL never bitch i don’t remember.”