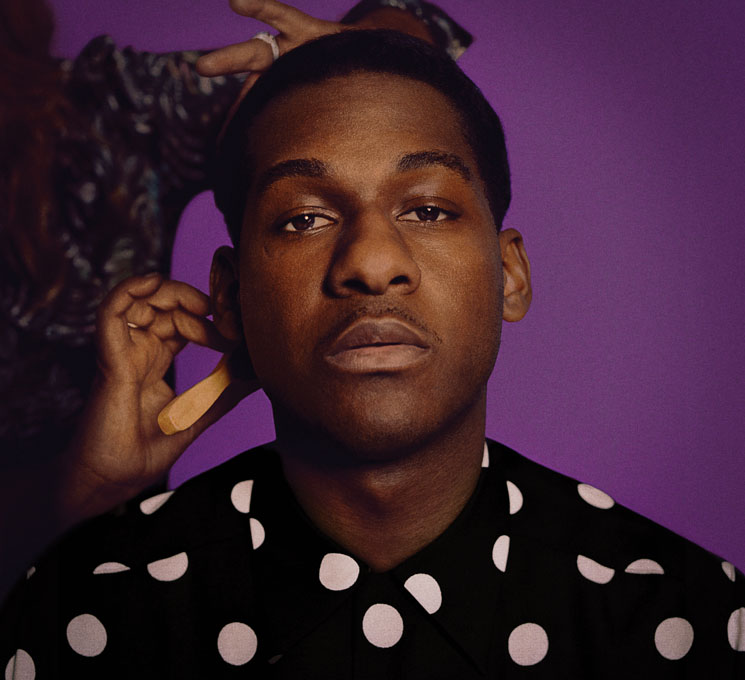 Once Leon Bridges blew up with his Grammy-nominated debut album, Coming Home, we assumed the fers to collaborate on record with the Fort Worth, TX R&B sensation would flood in.

"Not really," Bridges tells Exclaim! "I was very conscious who I wanted to collab with. I wanted to really show people I was more than this retro thing."

In addition to popping up on the cautionary "Kevin" by Macklemore & Ryan Lewis, Bridges lent his smooth vocals to Seattle electro-pop outfit ODESZA ("Across the Room"), Houston Christian rapper Lecrae ("On My Own," from The Birth a Nation soundtrack) and throwback R&B singer-songwriter Nick Waterhouse (the massage anthem "Katchi") between his own solo LPs.

"I also love hip-hop as well, so I did the Macklemore thing. I got a Dej Loaf collaboration that'll be out soon," Bridges reveals, before giving us his studio wish list.

"In the future, I want to be able to collaborate with Drake. Or Migos. Future. James Blake. I think that'd be some fun collabs."

As Bridges prepared his forthcoming sophomore effort, Good Thing, he says he was listening to his usual.

"I get stuck on the whole '90s R&B thing and I really like trap music," Bridges says. "Number 1 is 'March Madness' by Future. So good. So good. Every time that song comes on when I'm with my homies, we stop everything. It's a cool anthem."

If Bridges is serious about linking with Toronto's 6 God, he might want to ring up their mutual friend, Bun B. The UGK icon and longtime Drake associate hopped on stage with Bridges earlier this month at the Houston Rodeo.

"Legendary Texas-Houston stuff right there," Bridges says. "He was able to get on stage at the show with me, so that was a cool little connection."

Good Thing comes out May 4 on Columbia.