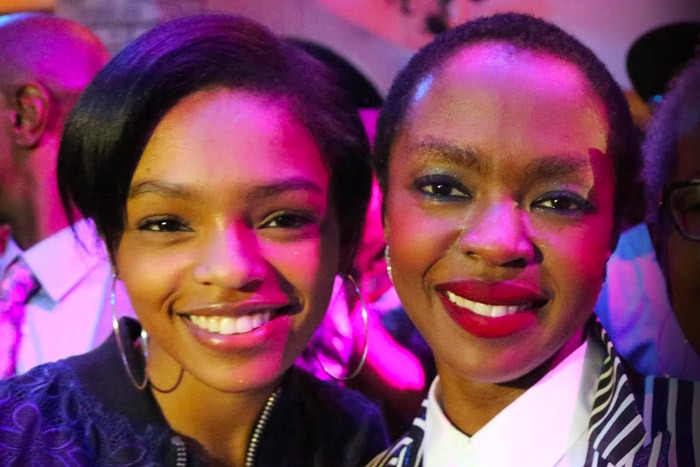 Lauryn Hill’s daughter Selah Marley is getting candid about the “trauma” she experienced during her childhood.

In a two-hour Instagram Live, the 20-year-old daughter of Lauryn and Bob Marley’s son Rohan Marley recalled what it was like to grow up with her famous mother and absent father.

She described how the 8-time Grammy winner would physically discipline her and her siblings. “It’s crazy, I’m playing this trauma back in my head as I speak to you. She’d be like, ‘Go get the belt.’ That’s how you know you’re in trouble… It’s like walking to your death.”

“My mother is an amazing woman, but she obviously didn’t do everything right,” she said before proceeding to reenact the beating. “That actually just traumatized me. Hearing that sound… Yo, that sound, bro.”

She claims Hill was upset because she was getting “attacked by the media” while trying to deal with issues in her relationship. “She was also going through her own shit. She had five kids with a man that—they didn’t really get to know each other, so they were always arguing, always fighting. So I didn’t really see much peace at all.”

She doesn’t fault her mother, but admits that she suffered longterm trauma. “I don’t think she realizes how much that shit affected me ’cause that’s all I know. All I know is physical.”

Her father’s absence made it even harder growing up. “I came to the conclusion of how much of my life I’ve fu**ed up and how much of me is fu**ed up simply because my dad just wasn’t around. And there’s just a void where there should be a person. And it’s honestly really hard.”

After her initial comments received widespread attention, Selah followed up with a clarification while calling out the media for highlighting only a portion of her two-hour livestream. “Why did y’all take the worst part of my video? Did you guys understand that I was tryna come from a place of healing?” she asked. “These motherfu**ers took the worst aspect of everything.”