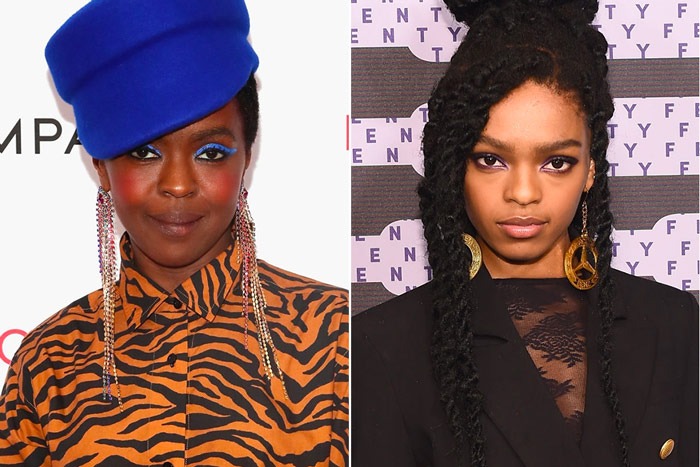 Lauryn Hill is addressing claims that she physically disciplined her children.

Earlier this week, Selah Marley, the 20-year-old daughter of Lauryn and Bob Marley’s son Rohan Marley, went on Instagram Live to recount her traumatic childhood including allegations of physical abuse by her mother.

“It’s crazy, I’m playing this trauma back in my head as I speak to you. She’d be like, ‘Go get the belt,'” Selah said during the two-hour livestream. “That’s how you know you’re in trouble… It’s like walking to your death.”

On Thursday, Hill responded to her daughter’s confessions and the media coverage surrounding it in a lengthy post on Facebook.

“Selah has every right to express herself, I encourage it, but she also got the discipline that black children get because we are held to a different standard,” she began. “The discipline was seen through the lens of a young child who also had no place to reconcile me as mom, and me as a larger than life public figure. It took me a while to realize that my children, and probably everyone who knew me saw me in this duality.”

Hill defended her disciplinary ways, saying she was only trying to protect her children from danger. “If I am guilty of anything it is disciplining in anger, not in disciplining,” she continued. “My life has been about protecting my children from all kinds of danger, and that’s only possible when you protect yourself from the danger as well.”

She revealed the personal battles she faced as a successful recording artist and how the “wolves and sharks” were coming after her and her family. “Keeping a child sober minded in the midst of everyone trying to seduce and bribe and coerce is an incredibly challenging thing to do,” she said. “Sell a few million copies of a recording and see the wolves and sharks for yourself before you determine what’s appropriate and what’s not. The danger was REAL! And this danger I faced alone, unsupported as I should have been, and dumped on by the same people who only a few years before built a fortune off the same gifts they later tried to deny and then COPY.”

She and Selah speak often and are both healing with time. “We’re both learning and healing, and each of my children has a similar story and journey. All of you in a rush to crucify someone, careful who you string up or nail up. You might have an extremely limited view of the actual reality.”

She also cited examples of successful musicians whose fame and wealth led to their tragic deaths, including Amy Winehouse, Whitney Houston, Prince, Michael Jackson, The Notorious B.I.G., Tupac Shakur, and Juice WRLD. “Sometimes fame and money amplify not only problems but can magnify the darkest and most cruel and selfish qualities in humans,” she said. “Greed, jealousy, envy, covetousness, violence, fear. People see someone who they think is powerful or has something they want and scan for the slightest vulnerability to exploit.”

In closing, she encouraged people to help others instead of criticizing. “Could you imagine what the world would look like if someone said ‘hey, this or that artist has an addiction problem, or this one is being taken advantage of, how can we help?’ rather than turning it into news. I wonder who’d still be here today?”

Read her letter in full below.