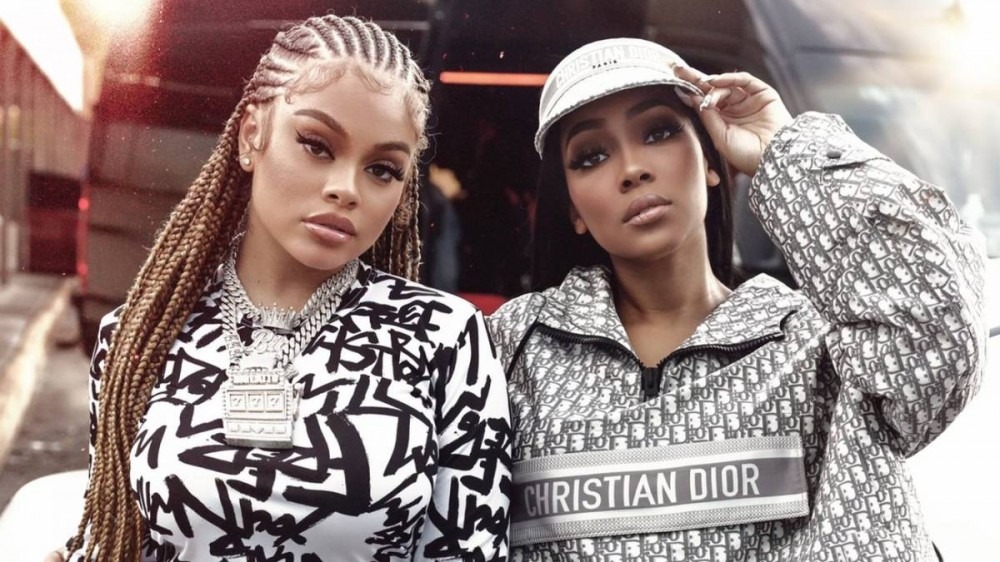 Atlanta, GA – For her last rollout, Latto displayed “Big Energy” towards her radio demographic but for her latest release, she’s putting the entire city of Atlanta on her back — while riding in a pink Corvette Stingray and hanging with R&B queen Monica.

On Friday (November 4), the 22-year-old rap star dropped the “Soufside” video, shot by Keemotion throughout various parts of the streets that raised her and the talents that made her rich.

“Don’t fuckin play with her, I seen her grind for this shit, this Friday we on the #Soufside #Latto,” he wrote in a since-deleted tweet. The love revolves around a 360° rotation, seeing Latto became the first female rapper from Atlanta to go Gold/Platinum — thanks to the 2020 Gucci Mane-assisted “Muwop” hit.

While no official release date for the new album has been given, Latto’s 2021 has been one to champion nonetheless. She recently landed a feature on Halle Berry’s Bruised soundtrack, as well as nominations for the Soul Train, MTV Video Music Awards and BET Hip Hop Awards.

Watch the “Soufside” video below.