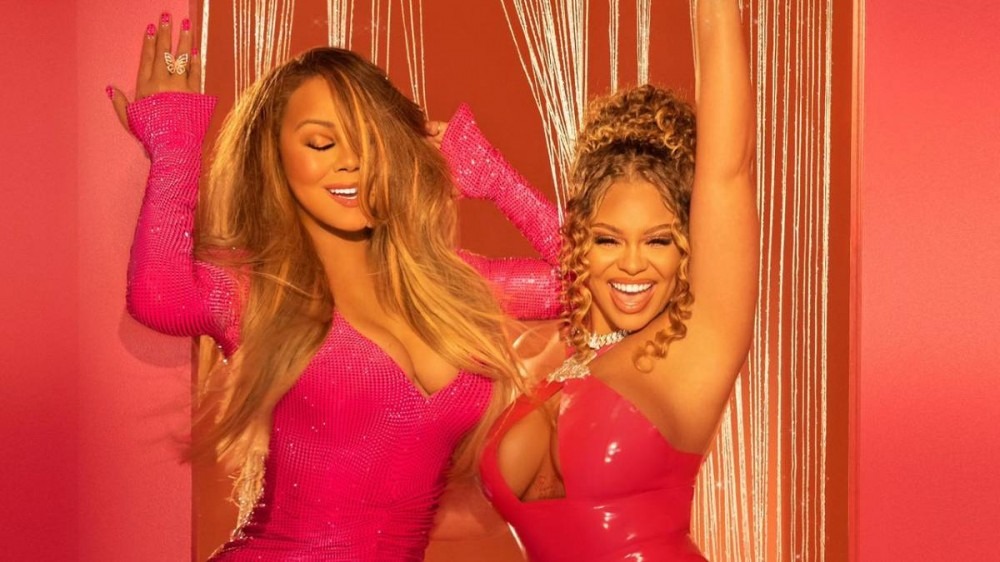 Big Latto is firing on all cylinders. On the heels of delivering her new album 777, the Atlanta-bred rhymer surprised fans with another treat on Monday (March 28) with the official “Big Energy” remix, which invites Mariah Carey’s iconic vocal cords to the party.

“Oh, when you walk by every night/Talking sweet and looking fine/I get kind of hectic inside/Mmm, baby, I’m so into you/Darling, if you only knew/All the things that flow through my mind/But it’s just a sweet, sweet,” Carey sings.

DJ Khaled brings the energy to kick things off and sets the tone for the remix by introducing all of the artists’ hometowns, with the East Coast well represented from Miami to New York City and Atlanta.

“Big Energy” peaked at No. 14 on the Billboard Hot 100 last week, and with the combined release of 777 and this star-studded remix, fans can expect the single to surge even higher.

Latto hosted a Q&A with fans on Twitter on Monday, providing insight into how the “Big Energy” remix came together. She revealed she actually had Mariah Carey in mind as far back as November, and the song was recorded overnight as the 5x-Grammy winner is a night owl.

“I was sooooo nervous I was like what do I say y’all lol but the conversation just floweddd she was so genuine and I definitely was overthinking,” Latto wrote. “We was sipping on her liquor Black Irish & just kicking it fr.”

I originally thought Mariah for the remix back in like November when it first started going up but didn’t think I could get her realistically… fast fwd I said fuck it and reached out. She was down 🥺 #BigEnergyRemix https://t.co/Gj46Qi2kqg

I knew it was commercial but didn’t think it would change my life man!!!! I talked to Mariah otp until we both fell in love with the song. Every time her name popped up on my phone I screamed 🤣 #BigEnergyRemix https://t.co/HHjnwxgNDW

I was sooooo nervous 🤣 I was like what do I say y’all lol but the conversation just floweddd she was so genuine and I definitely was overthinking. We was sipping on her liquor Black Irish & just kicking it fr #BigEnergyRemix https://t.co/7dVRmadaCJ