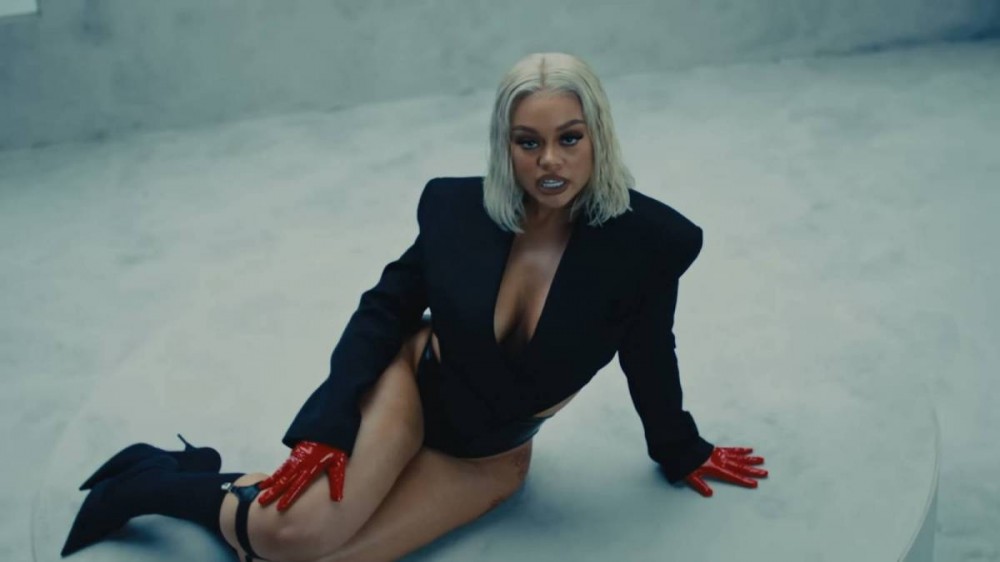 Latto is bringing the boss vibes in the official music video for her new track “It’s Giving” — check it out below.

Taken from her second studio album, 777, the Chandler Lass-directed video was unleashed on Wednesday (August 31) and found the Atlanta-based rapper uplifting women of all shapes, colors and sizes.

“Never bring a n-gga over where I lay my head (Never)/ Lady in the streets but a freak ho in the bed (Freak)/ Don’t make me say it twice, bitch, I said what I said (The fuck?)/ Two things I don’t need, that’s a n-gga or his bread (On God)/ Sip me like some Hi-C ’cause you know I got the juice,” Latto raps in the video.

The 777 rapper took a minute to thank all the women that appeared in the video with an Instagram post showing pictures of the video shoot and more.

“Thank you soooo sooo much to all the women who showed up & showed out for me,” Latto captioned the post. “Forever grateful for your time & helping my vision come to life! Also, thank you to everyone who wanted to but couldn’t make it with such short notice! It’s giving BOSS BTCHES.”

The rapper has been busy finding ways to uplift women, such as recently partnering with Planned Parenthood to support abortion rights in light of the Supreme Court’s ruling to overturn Roe v. Wade.

In a PSA for the organization, Latto, explains she teamed up with Planned Parenthood to “fight to restore our rights and expand access to care,” and asks her supporters to join the cause and directs them to ‘Bans Off Our Bodies.’

“We already know who’s going to be hurt the most by these ridiculous abortion bans,” Latto said in a statement. “Black women, Brown women, the LGBTQ+ community, and communities with low incomes. Because of this country’s history of racism and discrimination, these folks already have a hard time getting the health. care they need.”

She added: “We all deserve to be safe and it’s every person’s right to make decisions about their own bodies. As an artist, I want to use my platform to let these politicians know: My body is for no one to control, but me.”