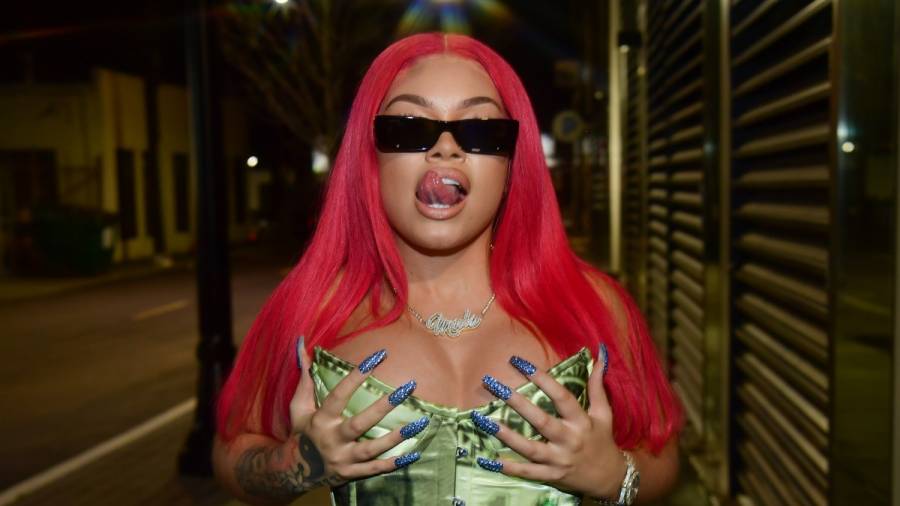 After the mere preview of a new Latto single titled “Wheelie” ignited a viral TikTok dance, the Atlanta rapper announced on Wednesday (March 9) the full song would finally drop on Friday (March 11) and confirmed it will feature fellow Atlanta lyricist 21 Savage. She also revealed the track’s cover art, which features 21 and Latto looking like they’re fresh out The Matrix.

The impending release of “Wheelie” comes as the track had already done crazy numbers on TikTok in February thanks to a viral dance challenge. Latto shared a few of her favorite dance routines on Instagram on February 9.

“This mf ain’t even out yet,” she wrote in the caption.

However, Latto has also experienced a bit of drama in 2022. The Clayton County lyricist hopped on the remix of Omeretta The Great’s controversial track “Sorry Not Sorry” last week, and Latto name-dropped Migos, Ludacris, Ciara and her latest collaborator 21 Savage in her verse. Fans were quick to accuse the rapper of throwing shade. The accusations were because Omeretta had used the track to dictate what she believes is and is not considered Atlanta, and fans thought Latto was doing the same.

“Y’all I’m not dissing the people I named on the verse!!” she wrote on Twitter. “I’m saying so Migos is not Atlanta?? 21, Ciara, Ludacris etc because they technically not from the city but helped make it what it is!”

Regardless of her clarification, fans still trolled Latto for her comments, so she announced she’s signing off on the subject for now. “Lmao I’m done teasing y’all I’m tired of getting cussed out just hold off til tomorrow for a nice surprise,” Latto wrote.

Revisit “Sorry Not Sorry (Remix)” below as “Wheelie” sets to ride out on this week’s New Music Friday.