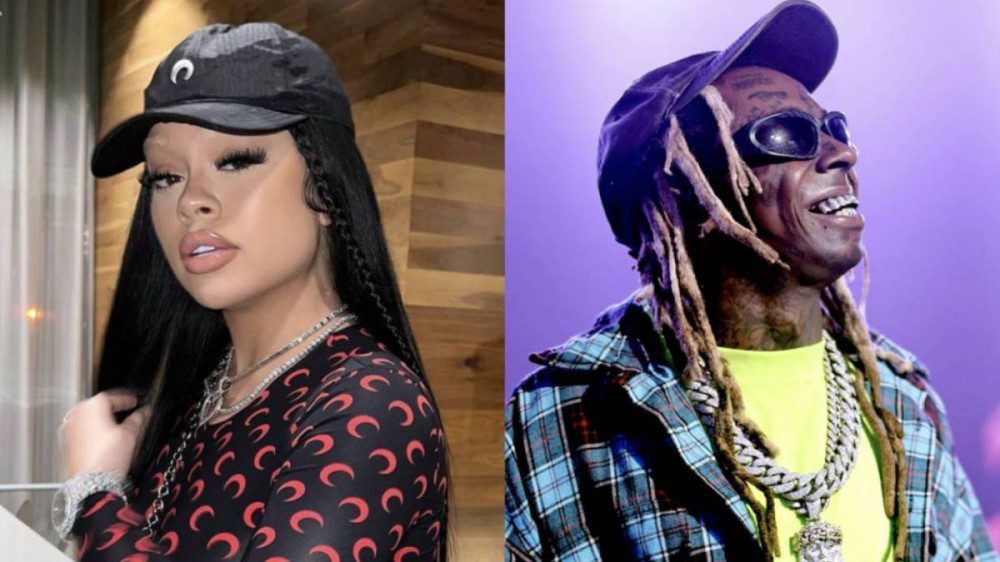 Latto has addressed rumors that Lil Wayne turned down her request to sample his 2008 hit “Lollipop.”

Over the weekend, a tweet from a fake Pop Base account claimed Weezy rejected the Atlanta rapper’s request to sample his Carter III smash on her upcoming single, citing a report from HITS Daily Double.

Despite there being no link to such report or any other evidence to back up the claim, the tweet gained traction, racking up thousands of likes. It eventually landed on the radar of Latto, who shut down the speculation with a viral tweet of her own.

“POV: u don’t even have a song sampling lollipop,” she responded on Sunday night (October 23) with several laughing emojis.

POV: u don’t even have a song sampling lollipop 😂😂😂😂 https://t.co/QMjEdLCWl4

The fake Pop Base account has since deleted its tweet after being called out by Latto, while the real Pop Base cleared up the confusion by tweeting: “this isn’t us latto.”

Some fans pointed to Nicki Minaj’s die-hard fanbase, the Barbz, as the possible culprit behind the Lil Wayne sampling rumors considering Latto’s recent feud with the Queen rapper.

Earlier in October, the two rappers became embroiled in a messy Twitter spat after Nicki called out the Recording Academy for moving her “Super Freaky Girl” single from the rap categories into the pop division and argued Latto’s “Big Energy” should suffer a similar fate.

From there, the warring artists traded personal insults and private conversations as Latto confronted Nicki for allegedly subtweeting her on numerous occasions. Nicki, meanwhile, took issue with Latto seemingly putting herself on the same pedestal as her and claimed she’s upset because she turned down multiple requests for a verse.

While the “Lollipop” rumors have since been debunked, Latto is no stranger to working with Lil Wayne having recruited the New Orleans rap legend — along with Childish Gambino — for “Sunshine,” from her debut album 777.