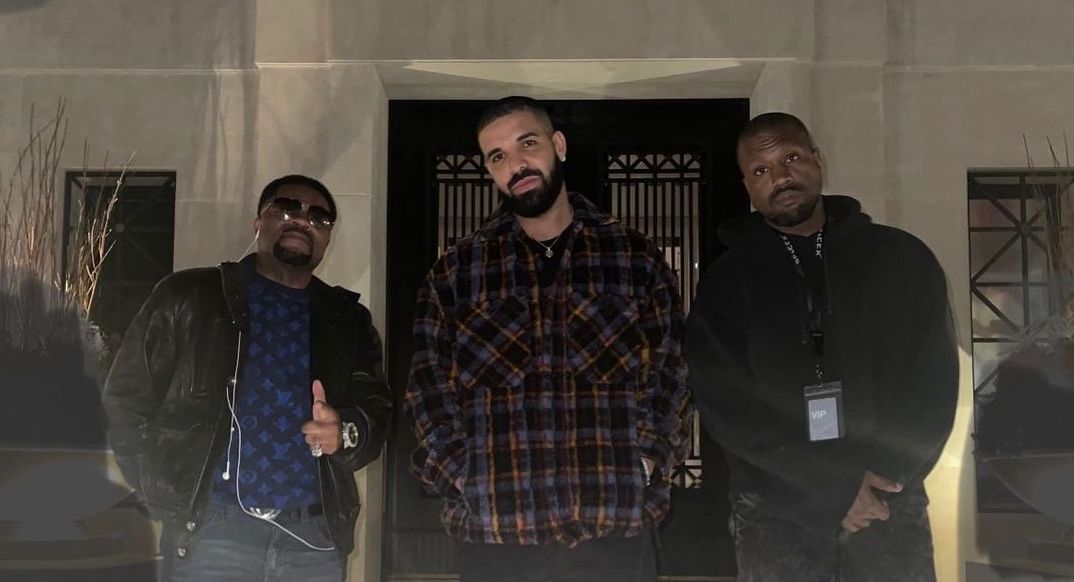 On Tuesday, Drake and Kanye were able to lay their beef to rest thanks to J. Prince and Larry Hoover Jr. On December 9th, the two artists will share the stage in Los Angeles for a benefit concert on behalf of Larry Hoover, the Gangster Disciples founder currently serving life in prison despite being eligible for release.

Following the news that Ye and Drizzy made amends, Larry Hoover Jr. sat with Prezident Bejda on the Murder Master Music Show where he spoke on the two artists’ reconciliation.

“Everything is good and it’s happening at this point. It’s happening! December 9th you will see them together advocating for Freeing Larry Hoover,” he said. “We are gonna get the word out to as many people as we can. We gotta let the powers that be know that we want Larry Hoover in our community. That’s gonna be a big way to do it. Plus we want to show people of other communities that we can come together in peace.”

Kanye has been working with J. Prince and Larry Hoover Jr. for a few years now to get Hoover out of prison. Ye asked former President Donald Trump to pardon Hoover during his White House visit in 2018. According to West and Hoover Jr, the Gangster Disciples founder is eligible for release under the First Step Act, a piece of legislation that Trump signed into law in 2018. Despite being eligible, Hoover has been denied release. Trump also failed to pardon Hoover upon leaving office.

Last week, Kanye released a video pleading with Drake to set their beef aside and come together for a free Larry Hoover benefit concert in Los Angeles on, then, December 7th. In the video, Kanye says in the video that the purpose of the concert is not only to bring awareness to their cause but “prove to people everywhere how much more we can accomplish when we lay our pride to the side and come together.”