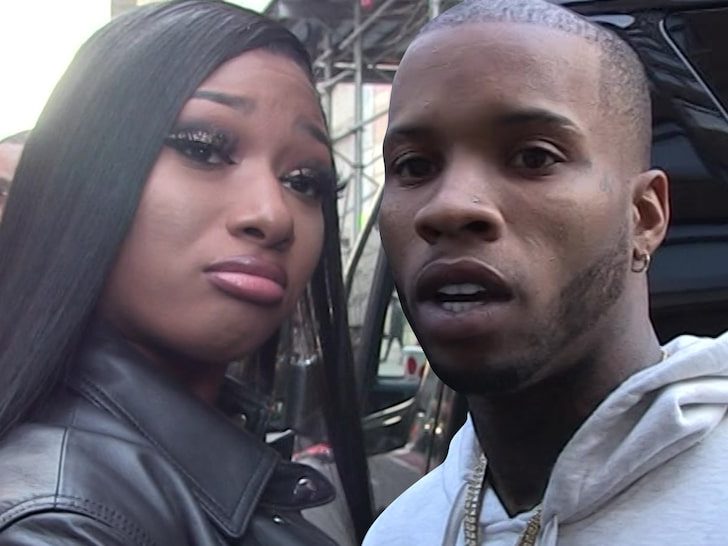 New details surround the Megan Thee Stallion and Tory Lanez shooting case are emerging. Over the weekend, the Los Angeles Police Department said the bullet fragments removed from Megan’s feet “cannot be located,” adding that the doctors categorized her injuries as “superficial.”

According to TMZ, Detective Stogner has revealed that the alleged bullet fragments in Megan’s ankles cannot be found at this point. This was revealed by Tory’s attorney, Shawn Holley.

The new emerging information is crucial in the “Say It” singer’s case. If the fragments are missing, it makes it difficult to prove whether Meg’s cuts were from a bullet or glass as previously speculated. If the bullet cannot be found, it also helps Tory’s case.

The shooting occurred in July 2020 following a party in the Hollywood Hills. Lanez was arrested for possession of a concealed weapon after he allegedly shot Meg in the foot.

If convicted, Lanez faces 22 years and eight months in prison. The Canadian native has maintained his innocence.

As new court details emerged Megan was not happy with the media’s coverage of her truth and lashed out at those who she felt were minimizing her experience.

“Like I’ve been shot and the focus of some these headlines are dismissing that I was attacked with a wepon while I was unarmed and trying to paint it as a cat fight between friends,” she tweeted.