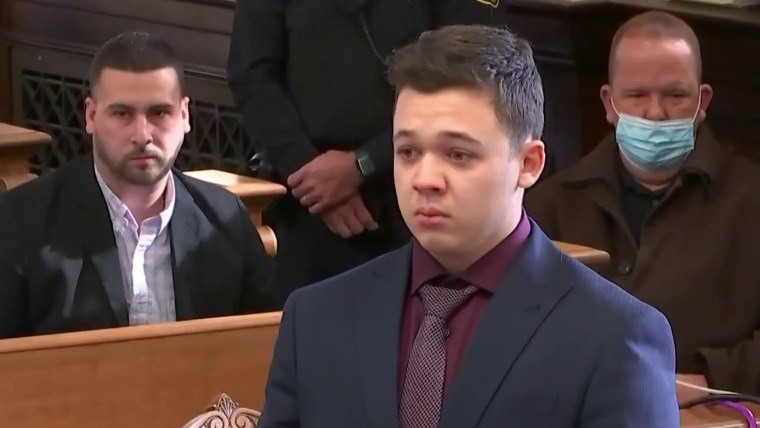 Following the acquittal of all charges in the incidents in Kenosha, Kyle Rittenhouse made a visit to former President Donald Trump at his Mar-a-Lago estate. Trump would detail the visit to Sean Hannity.

“Really a nice young man. What he went through — he should’ve, that was prosecutorial misconduct. He should not have had to suffer through a trial for that. He was going to be dead,” Trump said. “If he didn’t pull that trigger, that guy that put the gun to his head, in one-quarter of a second, he was going to pull the trigger — Kyle would’ve been dead.”

He added, “Just left Mar-a-Lago a little while ago and he should never have been put through that. That was prosecutorial misconduct, and it’s happening all over the United States right now with the Democrats.”

Rittenhouse is currently trending on Twitter as a video has gone viral with him claiming support for Black Lives Matter.

While he was president in 2020, Trump was asked about the murders committed by AR-15 slinging, Trump-supporting, 17-year-old Kyle Rittenhouse.

Rittenhouse was a member of a Right-leaning militia group that clashed with protestors in Kenosha, Wisconsin, following the shooting of Jacob Blake. The group claimed to have traveled to the town to defend businesses during the protests, however, Rittenhouse would kill two and injure another before going on the run.

In the aftermath, Trump was spotted to have “liked” a tweet supporting Rittenhouse and in the press conference he did not condemn the actions, instead, inferred that Rittenhouse was acting in self-defense.

When specifically asked about Rittenhouse’s actions, Trump danced around the answer, instead, dropping off a quote that will rub many the wrong way.

“We’re looking at all—that was an interesting situation,” President Trump said. “You saw the same tape as I saw and he was trying to get away from them, I guess. It looks like. Then he fell and they very violently attacked him and it was something that we’re looking at right now, it’s under investigation, but I guess he was in very big trouble. He probably would have been killed. It’s under investigation.”