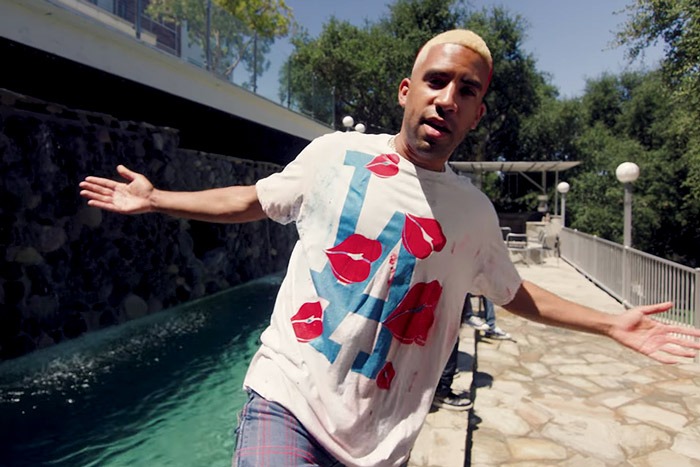 KYLE crashes Tyga’s house in the hilarious video for “Money Now,” a single off his new album.

Inspired by MTV’s “Cribs,” the Jakob Owens-directed clip opens with KYLE giving a tour of his lavish digs as part of “Super Duper Cribs.” He shows off his cars, fridge, and “creation station,” while trying to hide pictures of Tyga. But soon the real owner of the house comes home and finds KYLE crashed in his crib.

“Who the hell are y’all?” asks Tyga before confronting KYLE. “What you doing in my house?”

KYLE continues to tour Tyga’s crib in the outtakes, including his theater, mirror (a gift from Seal), and kitchen. “I don’t know how to use [the stove], but it’s OK because people cook my food for me,” he says.

“Money Now,” which also features Johnny Yukon, appears on KYLE’s sophomore album See You When I am Famous!!!!!!!!!!!! The project includes additional appearances from Bryson Tiller, Trippie Redd, Rico Nasty, Too $hort, and Rich the Kid.