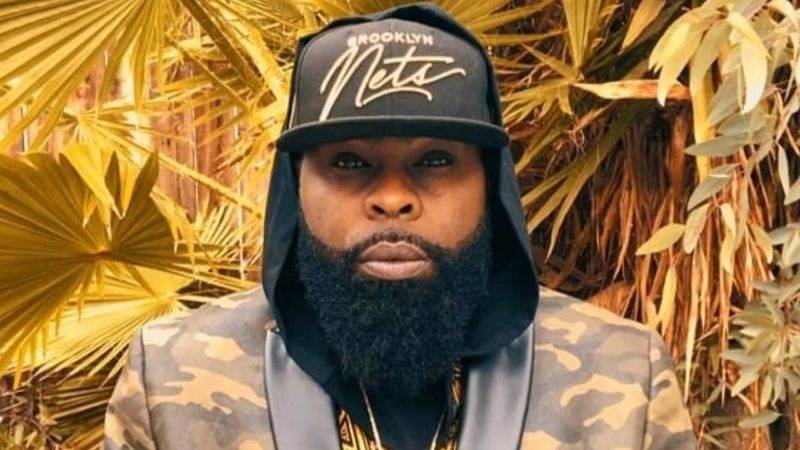 Rumors of a B-Side to Eminem’s Music To Be Murdered By album began making the rounds on social media over the weekend.

The chatter picked up steam after fans spotted director Cole Bennett, who was behind Shady’s “Godzilla” video, in Detroit’s 8 Mile area. A heavily bearded Eminem was then captured in front of a green screen, leading many to assume another music video was in the works.

Soon, an album cover for the mythical Music To Be Murdered 2: B Sides project appeared followed by a tracklist that boasted features from Royce Da 5’9, Cordae and singer Skylar Grey, among others.

But on Sunday (December 13), KXNG Crooked fielded some questions surrounding the rumors and he basically insinuated there was no truth to them. When someone commented on the alleged tracklist and pointed out the COB (Circle of Bosses) logo was fake, Crooked replied, “Oh I know that part for sure because I own that company haha but salute.”

Oh I know that part for sure because I own that company haha but salute ✊🏾 https://t.co/2jjADv0nx6

Crooked, Eminem’s longtime friend and collaborator, also shared another Twitter post with the same tracklist attached and wrote, “Dear Stans.. I can absolutely not confirm ANYTHING that has my logo on it. Sorry guys.”

Dear Stans.. I can absolutely not confirm ANYTHING that has my logo on it. Sorry guys ✊🏾 pic.twitter.com/7gkd8SOusr

“One day I’m hoping that him and Em will be able to sit down,” he said. “They don’t gotta be friends again, they don’t got to be none of that. Just be men and sit down. Because guess what, they’re two, they cut from the same cloth. They really deep artists, they love their craft.

“If you listen to an Em stan and a Joe fan, it’s a lot of similarities. And they’re good dudes tryna to do the right thing. I just feel like all that was for no reason. I really wish that they would sit down and it might happen.”

Revisit the full interview below.