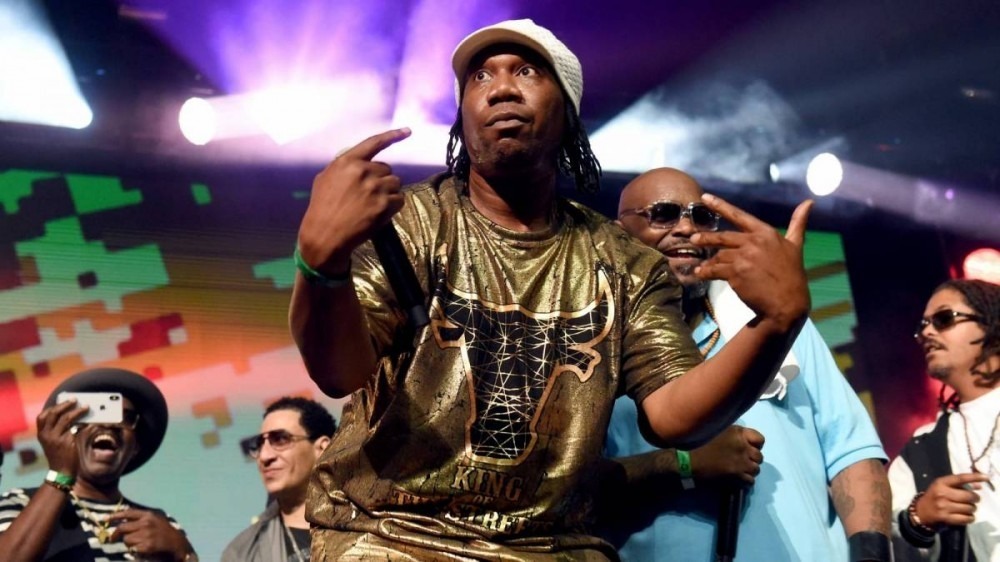 Shared via Instagram on Tuesday (July 26), KRS-One begins with, “Welcome to The Hip Hop Alliance. Hip Hop’s first official union. We fighting for rights!” Meanwhile, Kane and Slick Rick simply flex for the camera with the latter rocking his signature Africa chain and the former looking suave as always.

From there, KRS-One spits, “Who really looking out for the artists?/Everybody knows the music industry is heartless.” He goes into further detail in the caption with, “Shout out to those who work behind the scenes to make Hip Hop Happen! Managers, Artists, Agents, Engineers and Producers, what is the retirement plan, healthcare plan, and fare commission standards for us? What is a fare wage for what we do within ‘Hip Hop’ as an industry?

He continued, “Answer. The Hip Hop Alliance! With the knowledge, the skill, and the power of our collective voice, there is no reason why we cannot protect ourselves and our future! Find out more @thehiphopalliance.”

Chuck D and Kurtis Blow serve as both the president and vice-president of The Hip Hop Alliance, respectively. “The Breaks” OG is truly humbled by the opportunity to help his fellow artists.

“It is truly a blessing , for the first time in history, we have the opportunity for a Hip Hop Union,” he tells HipHopDX. “We are on a mission to enable the culture to live their lives more abundantly while eradicating the injustices and inequality that have plagued our creators.”

In February, SAG-AFTRA and the Hip Hop Alliance, an affiliate of the United Coalition for Humanity, joined forces to educate artists, lawmakers and the media about the challenges record labels and studios often create for artists.

“Chuck D and I have been working on this Hip Hop Alliance ever since 2007,” Blow told DX at the time. “Finally, we got it done. Thank you to everyone involved. Hip Hop culture is the hottest scene in society today. Everyone around the globe is tuning in to listen to what Hip Hop has to say.

“We truly live in a Hip Hop generation. Rap music is the No. 1 streamed music on the planet. The agreement between SAG-AFTRA and the Hip Hop Alliance will bring many benefit options to the culture in the near future. Caring for people will save lives like SAG-AFTRA did for me.”