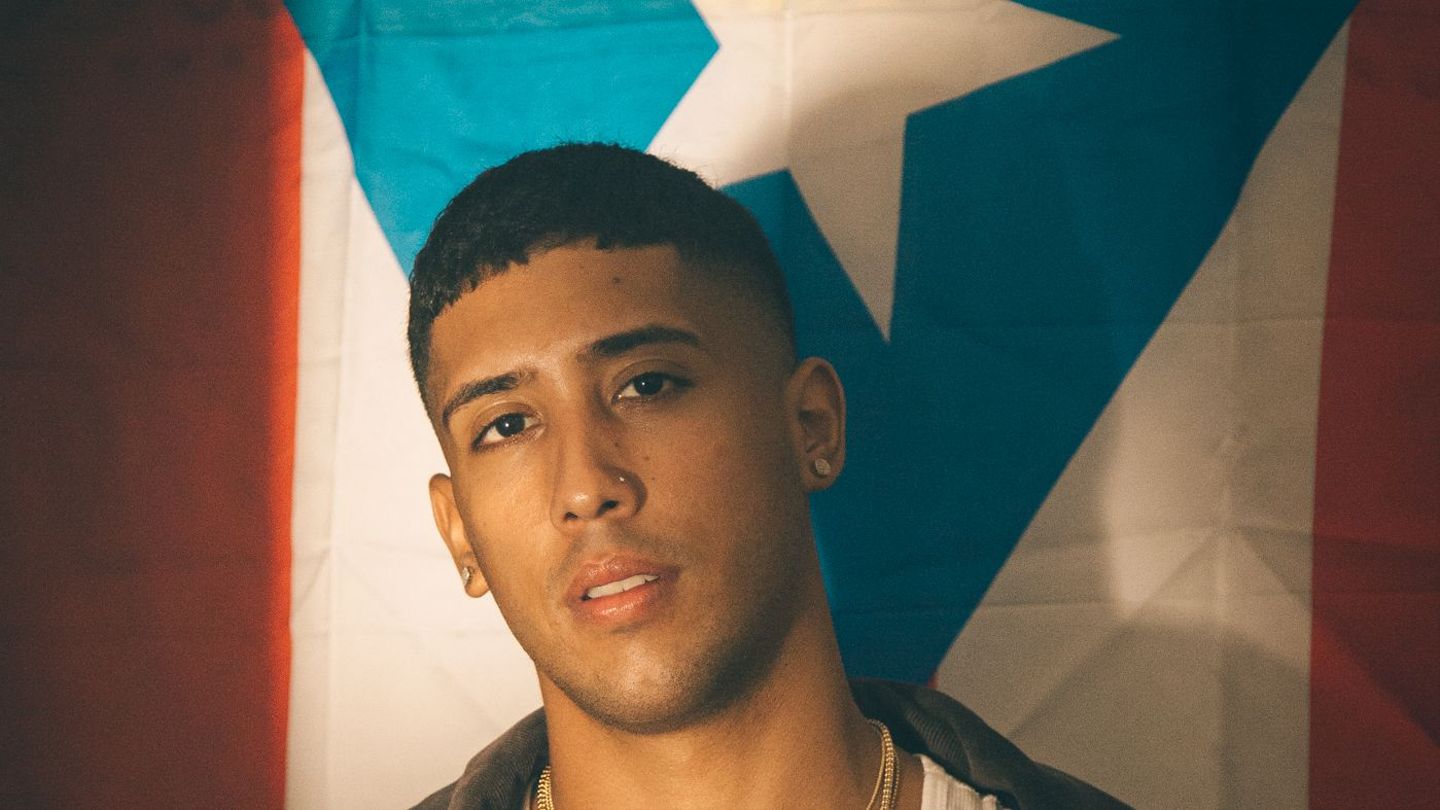 Kris Floyd’s name is more known in the songwriting credits for artists like Selena Gomez and Lauren Jauregui than for his own projects. He notably helped Gomez find her voice en español on her Spanish EP Revelación earlier this year. But the Puerto Rican rapper and singer-songwriter is now looking to make his voice heard on his debut EP, La Última Vez Que Me Viste, out today (October 15). As a protégé of reggaetón hit-maker Tainy under his Neon16 label, Floyd is ready to take flight.

The 28-year-old Floyd was born in Bayamón, Puerto Rico as a child of reggaetón. He looked up to the local pioneers of the genre like Daddy Yankee, Zion y Lennox, and Tego Caulderón. Inspired by those artists’ flows, Floyd started writing his own music, slick Spanish rhymes over hard beats that he made himself; at 12, he recorded his first song with a cell-phone microphone on a giant family PC using free mixing software. From there, he uploaded his rap freestyles to SoundCloud. One of those songs caught the attention of Tainy, who was putting together Neon16, which he launched in 2019.

Floyd and his friend Jota Rosa traveled to Miami in search of better opportunities. They befriended Tainy there, who signed both of them. In April 2020, Floyd released his first single with Tainy, “Malos Habitos.” There was an air of mystery around Floyd in the music video as he moved through the shadows. A year later, Floyd had a hand in writing all the singles on Gomez’s Revelación, including the global smash “Baila Conmigo” featuring Rauw Alejandro.

“That experience was incredible,” Floyd tells MTV News. “That was one of my first opportunities to work with someone at that level. You know that Selena Gomez has millions and millions of fans. That opportunity was the kind of big break that you dream about as a kid, and now I had it.”

While co-writing for Gomez, Jauregui, and J Balvin’s Jose album, Floyd was also working on his own EP, which translates to “The Last Time You Saw Me.” He’s still armed with his hard rap flow, but he also tapped the tenderness of his deep voice on the lovely “Ser Libre” and the flirty “Siempre Tarde.” Whether on a reggaetón bop or Latin-trap banger, Floyd is no longer in the shadows, even flexing in the mirror in the “7/24” video. Below, he tells MTV News about stepping into the light.

MTV News: What’s the experience like to work with Tainy in the studio?

Kris Floyd: In my opinion, he’s the No. 1 Latino producer. He comes into the studio every day to work like he’s at the bottom. He’s the best example of who to be. He has so many years and [so much] experience in the industry. It’s a major blessing to work with him daily. And we have a great friendship. I feel like he’s more of a friend to me than just someone I make music with.

MTV News: What was the inspiration for Selena Gomez’s song “Baila Conmigo?”

Floyd: That’s a song that I wrote right here [in Neon16]. That was me, Edgar Barrera, and Elena Rose, with Jota Rosa and Albert Hype handling the production. We were talking about how we could introduce Selena in this [Latin] market that she wasn’t in. That part Rauw says in the beginning, “I know you don’t speak a lot of Spanish,” we wrote it with her in mind. We were telling a story she could identify with. What we thought is that it’s music that you can dance to. Music doesn’t have a language when you can move to it. It’s about having a connection with a person without having to talk so much.

MTV News: In “Temporary,” Lauren Jauregui talks about mental health. What was it like to write with her on that song?

Floyd: When you hear the song, you can learn more about yourself. It’s impressive because it was her way to help other people. She’s super talented. She practically wrote that song [by] herself. I helped her a little bit with what to say in Spanish and the melody. It’s beautiful to write songs like that, not just about partying, but music that can help people.

MTV News: Reggaetón songs can have like 8-10 writers sometimes. In La Última Vez Que Me Viste, it’s just you as a songwriter with your producers.

MTV News: How did you feel to work with reggaeton icon Arcángel in your song “Xkittlez?”

Floyd: One works very hard for this moment. I’m a fan. When something like this happens, I think back to being a kid like, “Damn, I have arrived.” Before, I used to listen to him in the car, and now he’s on my song. Arcángel called me through Facetime with Tainy. He said, “Papi, this song is fucking awesome. I put my part on it. If it wasn’t fucking awesome, I wouldn’t have put myself on it.” He’s a person I listened to when I was a kid. I respect his art. The feeling is gratifying.

MTV News: There’s a vulnerability to your songs. It can be difficult to be a vulnerable man with the machismo (toxic masculinity) that’s rooted in Latinx culture.

Floyd: It’s everywhere. Not just Latinos. The Americans are the same. Everywhere can be machista. We’re making some progress today, but we still have a ways to go. We have to do away with hate, homophobia, and hate against women. They’re killing women. Men who don’t let out their emotions or express themselves are left with so much inside that it can explode and lead to abuse and other awful things. To be vulnerable is not bad. That doesn’t take away your manliness. I hope people understand that through my songs.

MTV News: With this EP, you’re going to be more in front of the world as an artist. Are you ready?

Floyd: I was born ready for whatever happens. I’m making music and I’m making it from the heart. If this connects with more people, then amen. If not, that’s OK. I’m ready for what comes next.