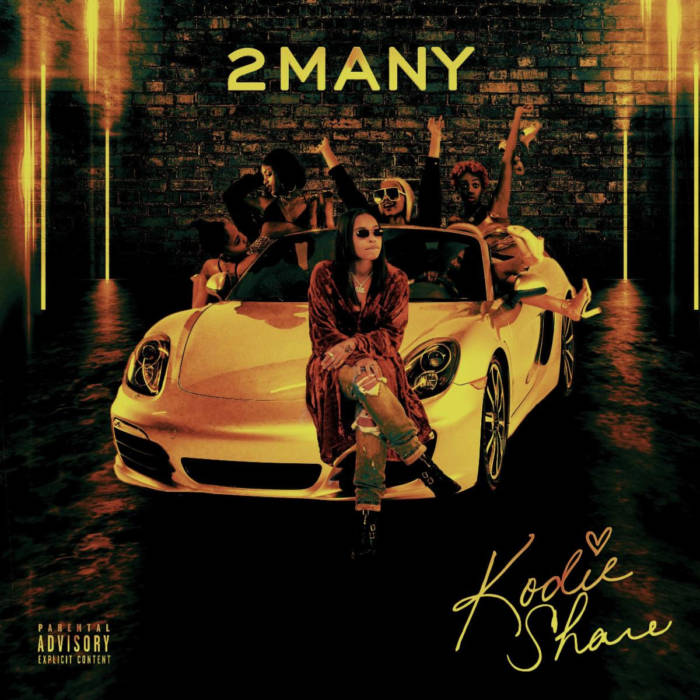 A year to-the-date from the release of her critically adored debut studio album, mold-breaking Epic Records artist Kodie Shane unleashes her brand-new single “2 Many” today.
Get it HERE  Epic Records.
Once again, she gleefully breaks barriers between rap and pop by threading together fiery and flirty come-ons with a hashtag-worthy hook, “I can take that many girls to the club when I’m riding in a Porsche. I can take that many girls to the club when I’m riding in a Maybach.” Her voice cruises over airy guitar and a slick beat, with production by Southeast staples Che Rhenosonce and WLPWR, as she confidently declares, “I’m everybody’s one!”
Stay tuned for the official music video, coming soon.
This week, Kodie also returns to the road on SAINt JHN’s North American Ghetto Lenny’s “IGNORANt Forever” Tour. After beginning in Miami earlier this week, it stops in major markets across the country before concluding at Webster Hall in New York, NY on December 17. Her live show is not to be missed: known for her energetic performance style and Rockstar-level attitude, Kodie wrapped up her first-ever headlining World Tour earlier this year, which was spotlighted by the likes of The New York Times, The New Yorker and beyond. She has previously shared the stage with the likes of Billie Eilish, Juice WRLD, Lil Yachty, Jhene Aiko and more.
Check out the full itinerary below. To purchase tickets, visit www.kodieshane.com.