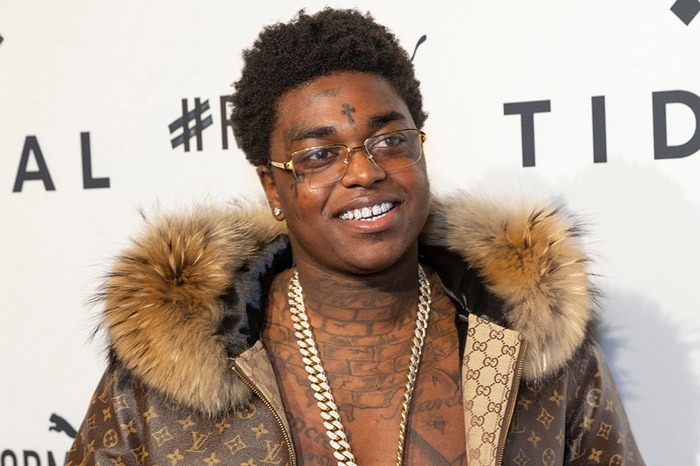 Kodak Black is back on his B.S.

The incarcerated rapper is stirring up more controversy from behind bars. On Wednesday, Kodak posted a since-deleted message addressing his fellow rappers in the wake of the coronavirus pandemic.

“I ain’t missing out on nothing right now,” said Kodak, whose legal name is Bill Kapri. “You rap ni**as can’t make no money right now. This corona shit need to last till I get out.”

Kodak Black says he ain’t missing out on anything since rappers ain’t getting paid 😂 pic.twitter.com/WRZ1Zng0S0

Kodak wants the coronavirus to last til he gets out of prison in 2022 😂😦 pic.twitter.com/DoOuA6kMxW

The COVID-19 outbreak has forced many artists to reschedule or cancel shows. Coachella and J. Cole’s Dreamville Festival have been postponed, while Glastonbury and Pharrell’s Something in the Water Festival have been canceled altogether.

Earlier this month, Kodak pleaded guilty to second-degree criminal possession of a weapon after he was detained at the Canadian border last April for carrying a loaded pistol without a permit. He faces between two and seven years in prison when he’s sentenced on March 24.

He is currently serving a 46-month sentence on weapons charges in a Kentucky prison and is scheduled to be released on Aug. 14, 2022.

Despite his situation, Kodak remains active on social media. He recently made headlines for calling out Megan Thee Stallion over her “drive the boat” catchphrase, claiming he was first to use the slogan and not her.

“I Really Wanna Go Bad On Lil One but I’m Keepin This Shit Pretty,” said Kodak.

#PressPlay: This is the video where #KodakBlack used his catch phrase #LemmeDriveTheBoat. He said 🗣y’all need to put some respeK on his name 👀 (SWIPE) #MeganTheeStallion