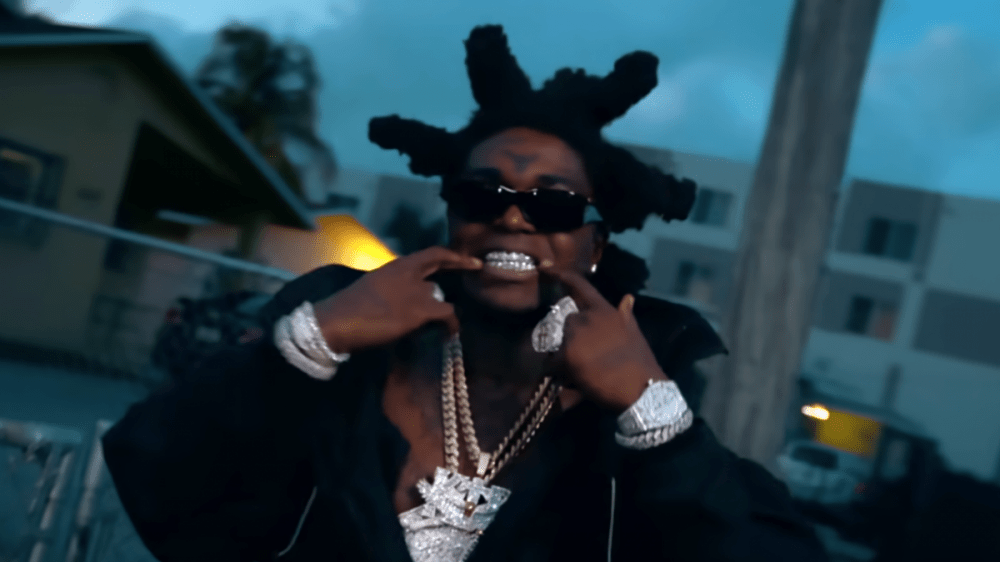 Despite getting shot in the leg on Super Bowl Sunday (February 13) and being confined to a walker, Kodak Black is shrugging off his recent shooting in Los Angeles. The Florida lyricist made light of the assault during an interview with The Breakfast Club on Wednesday (February 23), saying that nobody was trying to assassinate him.

“Nobody was like after us or we was after them or like, know what I’m saying? No hit or no crazy shit like that,” Kodak said after he videoed into the interview. “It was just one of them nights.”

Charlamagne noted in one of Kodak’s recent IG Live sessions that he seemed relieved to have “finally” been targeted, and asked the 24-year-old rapper to elaborate.

“I’m the type of n-gga nobody gonna make me feel bad man,” Kodak said. “I’m gonna show you my scars, I’m highlighting myself so you gonna be like ‘oh haha you got punked,’ I’m laughing at my damn self. I be like man that n-gga shot me real good. I’m shot up good you hear me? Shit like that. That’s what I get you know what I’m saying?”

Tha God pressed him further, asking “That’s what you get for what though?”

“For latching onto these n-ggas and shit,” Kodak added. “I know people ain’t fighting no more then it’s like shit I did a lot of shit Charlamagne, I’ll take my lick you heard me? I’m glad it wasn’t crazy or nothing, no whole other shit. I thank God every day since then, that shit could have been worse.”

Kodak Black is gearing up to drop his fourth studio album Back For Everything on February 25. On Tuesday (February 22) he dropped the album’s second single “I Wish,” which follows in the footsteps of the album’s previous single “Grinding All Season.”

Back For Everything has 19 tracks and includes both “Love & War” and Kodak’s monster hit “Super Gremlin,” which still holds the No. 6 spot on the Billboard Hot 100. The rapper’s last official album was 2020’s Bill Israel, which featured Lil Yachty, Tory Lanez, Jackboy, Gucci Mane and CBE.

Check out Kodak’s full interview with The Breakfast Club below.