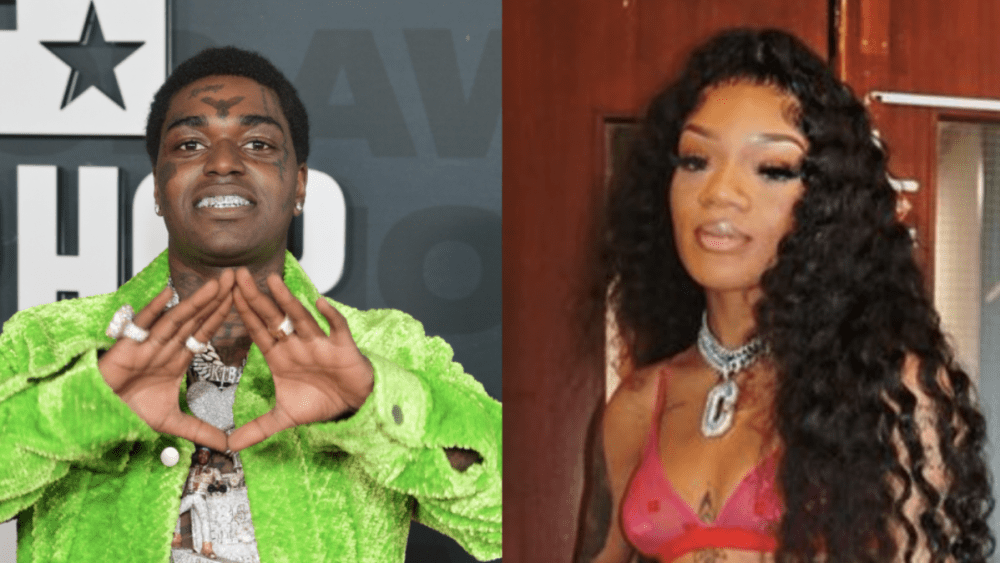 Kodak Black subscribes to hockey legend Wayne Gretzky’s theory that you “miss 100 percent of the shots you don’t take” when it comes to women.

On Tuesday night (October 18), Kodak got up another shot when he displayed his affection for GloRilla during her Instagram Live.

The Florida rapper hopped into the comment section and attempted to flirt with the First Lady of CMG by making a reference to lyrics from her Cardi B-assisted hit “Tomorrow 2.”

“You prolly aint my girl today but that’s why I love tomorrow,” Kodak wrote.

GloRilla is far from the first girl Kodak has tried to charm as he’s previously gone after the likes of City Girls rappers JT and Yung Miami, Lauren London and influencer Brittany Renner at Rolling Loud Miami earlier this year.

“The Woman Empowerment Shit Kool,” Kodak wrote on Twitter after finding out “Super Gremlin” lost. “Don’t Take Nun From Nobody But You Still Gotta Work For It! Don’t Jus Simply Give It To Somebody Kuz They A Woman !!!!! If That’s The Case Y’all Shoulda Gave Song Of The Year To Glorilla Not That Hating Ass Mutt.

“[‘Big Energy’] Ain’t Move Nobody! Forget About Me At This Point ! AT LEAST ‘Fuck N-gga Free’ Was A Anthem ! Tf You Think SONG OF THE YEAR Mean?”

Kodak has been causing havoc on Instagram Live this week. He also joined Druski’s Live where he spooked the internet comedian after tapping into his “Super Gremlin” powers.

During their conversation, the light in Yak’s room began flickering on and off as the Florida native ominously declared: “I’m a nightmare baby. Super Gremlin. Voodoo baby.”

Druski was spooked by Kodak’s behavior and pleaded with the rapper to cut it out. “Wait, why is it blinking black and white?” he asked, growing concerned. “Aye Kodak, come on, man. Don’t do that now. Chill, chill, chill. Aye Kodak, it’s me, bruh! I’m joking, bro.”