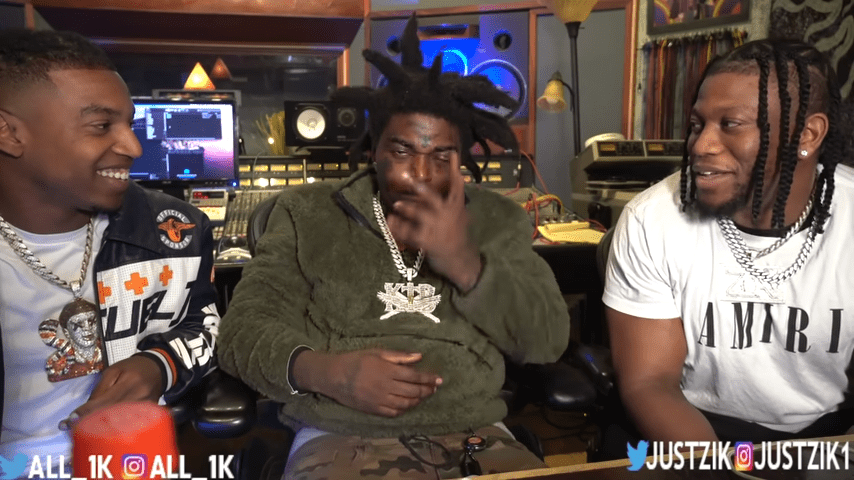 Kodak Black’s recent sit down with Zias and B. Lou for their YouTube reaction channel has some fans seriously concerned. They invited the Florida rapper to annotate last month’s single, “Super Gremlin,” but Kodak’s odd energy clearly threw the hosts off on more than one occasion.

At the beginning of the clip, Kodak says that he’s “tied,” and Zias and B. Lou assume he meant “tired.” The Pompano Beach-born star then explains that actually, he is “like tired, like he dead. They dead like flies. Flies everywhere when you dead.” Several seconds of awkward silence follow, with both YouTubers unsure of how to proceed.

Kodak felt distant, oddly starring off into the distance, hardly seeming phased by the. Several other moments see him eerily gazing into the camera with a dead look in his eyes, but at times, he does “come alive” to dance and joke around with Z and B.

Since the videos, release fans have had time to share their thoughts. Many people noticed Kodak’s odd behavior and spoke about it candidly on their profiles.

“Kodak Black looking like he just went through some CIA sleep deprivation torture,” one person observed.

“What’s going on with Kodak Black?” another asked.

“Man is on another plane of existence here. Hope he has some good people around him. This shit is sad,” said another.

“Lol I B Fakin Like I’m Sleepy,” he wrote. “Ion B High Guys I Get Drug Tested Consistently.”

Check out the full Zias and B. Lou video with Kodak Black below: