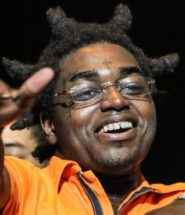 Kodak Black is allegedly engaged. He popped the question to rapper Mellow Rackz in Florida on Thursday (February 18) just weeks after regaining his freedom. Kodak got romantic when presenting Rackz with the ring and a message overhead from a plane.

“Might as well marry me Melody,” the plane read. “I love u.”

There was no clear footage of her answer until she confirmed she said yes to the ring in a post to her Instagram.

Another artist named Rynaee Trill hopped into the TheShadeRoom comment section claiming she had been romantically involved with Kodak on-and-off since 2018, which then caused some drama.

“I was just at his house in Florida,” she wrote.

Kodak has kept busy since his release from prison. He reunited with Lil Yachty on Friday (February 19) with the release of their “Hit Bout It” collaboration after linking up last week.

They also dropped a visual alongside “Hit Bout It,” which kicks off with Yachty meeting up with Kodak at the Florida rapper’s mom’s house and then heading to the streets to exchange chains. Gucci Mane even makes a cameo in the clip.

Kodak seemed to have been shooting his shot with City Girls’ JT as well earlier in February. He began serenading her with his singing voice talking about how “she’s the only one” for him, but clearly Kodak has had a change of heart.