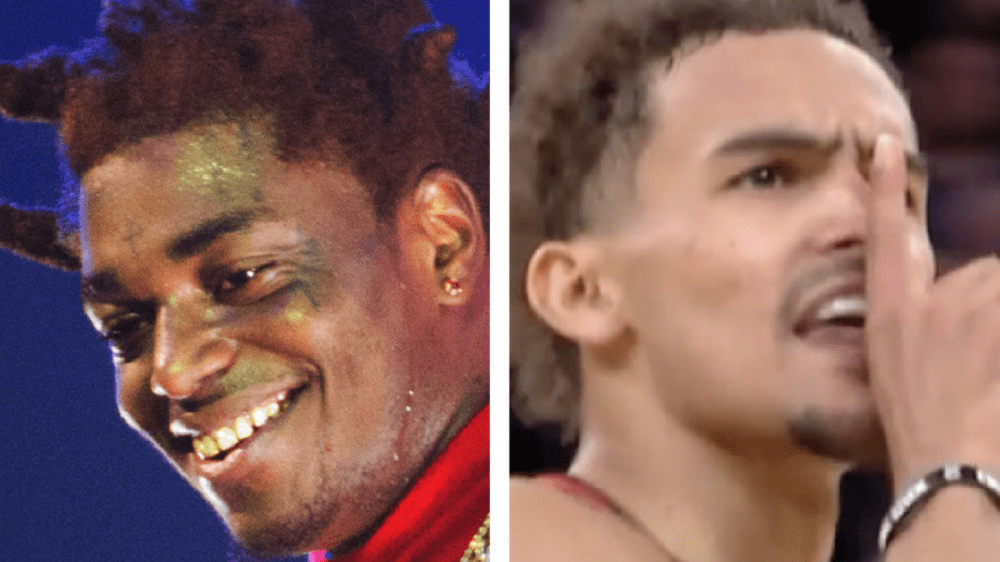 New York, NY – New York Knicks fans are doing everything they can to throw off Atlanta Hawks guard Trae Young in the first round of the playoffs, even if it means bringing to light his fear of birds. The chatter is making so much noise, Kodak Black is even getting in on the action.

Game 2 of the playoffs matchup took place at Madison Square Garden on Wednesday (May 26), with fans bringing along photos of birds in attempt to scare the 2020 NBA All-Star for his ornithophobia. The Knicks ended up winning 101-92 and tying the series 1-1, but Trae Young still managed to rack up 30 points on the night.

Ahead of the game, Kodak Black took to Twitter to get a joke off about Young’s bird fear by noting his team has a type of bird in its name.

“How You Scared Of Birds But You Play Fa The Hawks,” he wrote.

How You Scared Of Birds But You Play Fa The Hawks 🤔

Trae Young revealed his fear during a 2017 interview with CBS Sports, in which he’s described as being “deathly afraid” of birds.

“You know how birds would be friendly to people? I hate birds,” he said. “All you see is the ocean, the sand and birds flying over you. The birds trying to eat the crabs in the sand and they’re all next to you. I’ve seen a bird attack one of my friends at my high school in the parking lot. Yeah. It scared her. The bird was by her car, she tried to turn and get in her car but the bird was so scared it just attacked her.”

He continued, “Like, I don’t understand what someone would do if a bird attacked them. I don’t know how a bird would attack a human, just by poking them with their faces? Or their feet on your face? I’m scared. Flapping their wings: what do you do? Do you grab it? … And then the big ones, the roadrunners, they’re deadly to me. Scary. I can’t mess with them. I’ve had nightmares about birds.”

The Hawks star’s back-and-forths with Knicks fans began ahead of Game 1 on Sunday (May 23), where he was met with “fuck Trae Young” chants that ended up coming back to haunt New Yorkers. Young silenced the crowd by putting the Hawks up by two points with 0.9 seconds left to secure the 107-105 win, to which he mouthed, “It’s quiet as fuck in here.”

Trae Young kept up the trash talk in a post-game interview, saying, “At the end of the day, fans can only talk. They can’t guard me. They’re not out there playing.”

Game 2 was no different with Knicks fans continuing to taunt Young, who even let out a smile before inbounding the ball late in the fourth quarter. As he walked off the court after the loss, he appeared to say, “I’ll see you in the A,” ahead of Game 3 taking place in Atlanta on Friday (May 28).