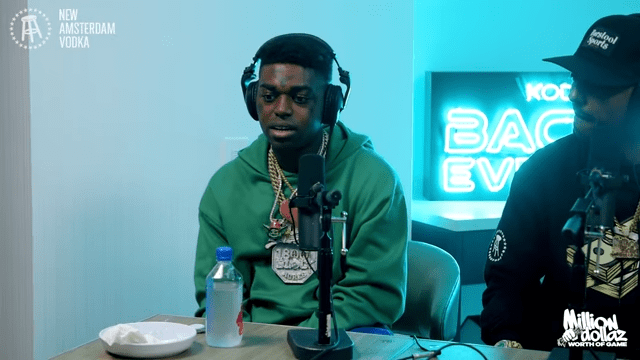 How would a Kodak Black and Beyoncé song sound? The “Super Gremlin” can quickly tell you.

Kodak Black was not shy about naming the most coveted future collaborator. What would have been a surprise to many may not be a surprise. Kodak Black is fresh off of his 4th studio album, Back For Everything. The “Zeze” rapper currently holds the 5th spot on Billboard’s Hot 100 charts with “Super Gremlin.” The track debuted in the top 10 upon its release.

The Florida native recently appeared on Million Dollaz Worth of Game podcast with Gille and Walo.

During the interview, Gillie asked Kodak, “which artist he would want to work with whom he hasn’t worked with already?”

With no hesitation, Kodak says Beyoncé. Then he proceeds to sing the line he has already written for her.

“Here’s some pictures of your family and our children, baby boy you’re the only one I’m missing,” Yak sings as he replicates Beyonce’s “Irreplaceable” melody.

Then he says he has the rest of the song already written. Based on Kodak’s musical ability to write melodies and hooks, the Queen Bey feature is only a matter of time.

Check out the rest of the “Super Gremlin’s” interview.