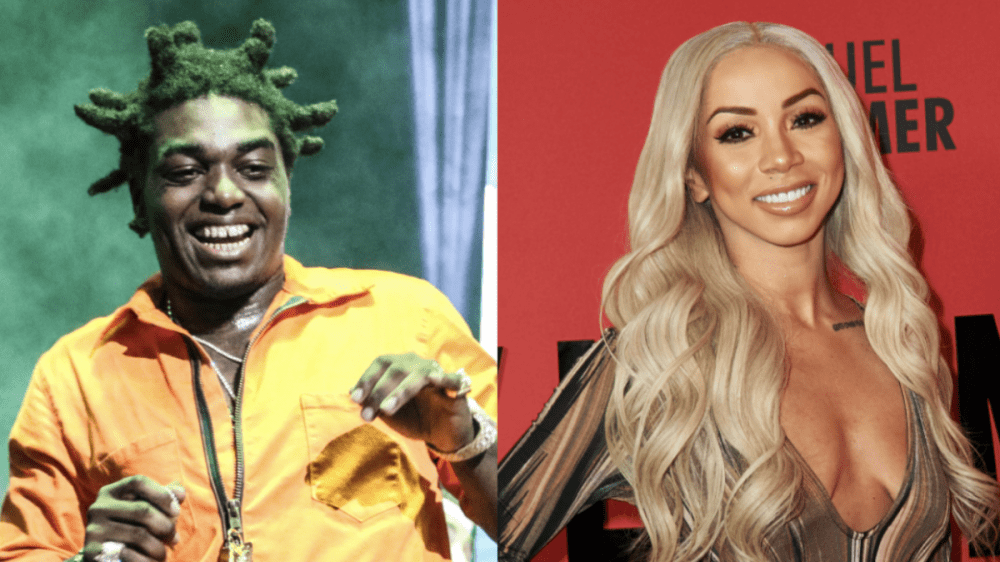 Miami Gardens, FL – After making a cameo during Kendrick Lamar’s headlining set at Rolling Loud Miami on Sunday night (July 24), Kodak Black sat down for an interview with Brittany Renner, who’s been working on creating content with the festival.

There seemed to be no shortage of sexual tension in the air as things got steamy between the 25-year-old rhymer and 30-year-old model. The flirting began when Renner suggested Kodak take her out on a date once his ankle monitor — a result of his recent drug trafficking arrest — comes off.

The “Super Gremlin” rapper offered to show her around the projects of Florida before asking if she wanted to hit his Black & Mild, but Renner said she prefers to drink tequila. “My name Yak so you gotta drink cognac,” Kodak replied. “You gon’ drink me, so you drinking Yak.”

The flirtatious conversation escalated further when Renner asked, “Do you want me to drink you?” Kodak replied, “I’ll drink you” before purring like a cat in her face.

Kodak Black was ready to risk it all for Brittany Renner during his Rolling Loud interview.😭😭 pic.twitter.com/t5xX6BQaoi

Kodak Black served as a special guest during Kendrick Lamar’s Rolling Loud Miami performance as the pair performed their “Silent Hill” collaboration — from Kendrick’s latest album Mr. Morale & The Big Steppers — together for the first time.

As for Brittany Renner, she was involved in a verbal altercation with a fan at the festival, which saw her spray her water bottle at him. The fan was subdued by security and ultimately thrown out of the venue.