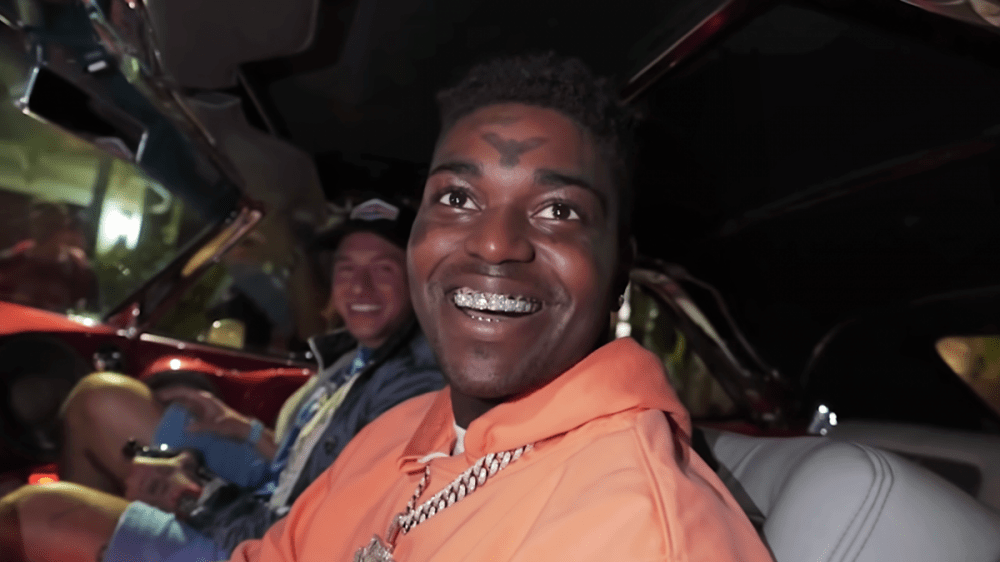 Kodak Black is further proof of the old saying “the richer you are, the more free stuff you get.” Despite pulling in six figures a show, the 24-year-old rapper didn’t have to spend a dime on the latest addition to his already impressive car collection.

In cahoots with Kodak’s brother, Deleonardis and his crew pulled up to the “Super Gremlin” rapper’s Florida home under the guise of having accidentally crashed into his car, a not-so-convincing ploy Kodak saw straight through (“I’m too smooth. I’m a smart-ass n-gga”).

When Kodak — who was shot in the leg in Los Angeles in February — hobbled out to his driveway to assess the alleged damage, that’s when SteveWillDoIt surprised Yak with his brand new whip. According to Kodak’s brother, he’s been growing his collection of donks, so the car is very special to him.

“Man, that shit crazy, bro! I’m lost for words,” Kodak said as he processed the generous gift. “Z shit, brotha. This shit beautiful. I don’t know what to say.”

“Shit got a TV in that muthafucka, man,” he added after jumping in the driver’s seat and getting a closer look at the car, which was purchased for $50,000. “Y’all snapped, boy. What the fuck? Man, this shit crazy. I appreciate y’all, playa.”

Why the generous gift? According to Deleonardis, he’s simply a huge Kodak Black fan who wanted to treat the rapper to a “post gunshot wound present” to lift his spirits during his recovery.

A brand new car isn’t the only gift Kodak Black has received lately. During an interview with The Breakfast Club last month, the Pompano Beach native revealed Drake blessed him with $300,000’s worth of Bitcoin to give him a leg-up in the cryptocurrency world.