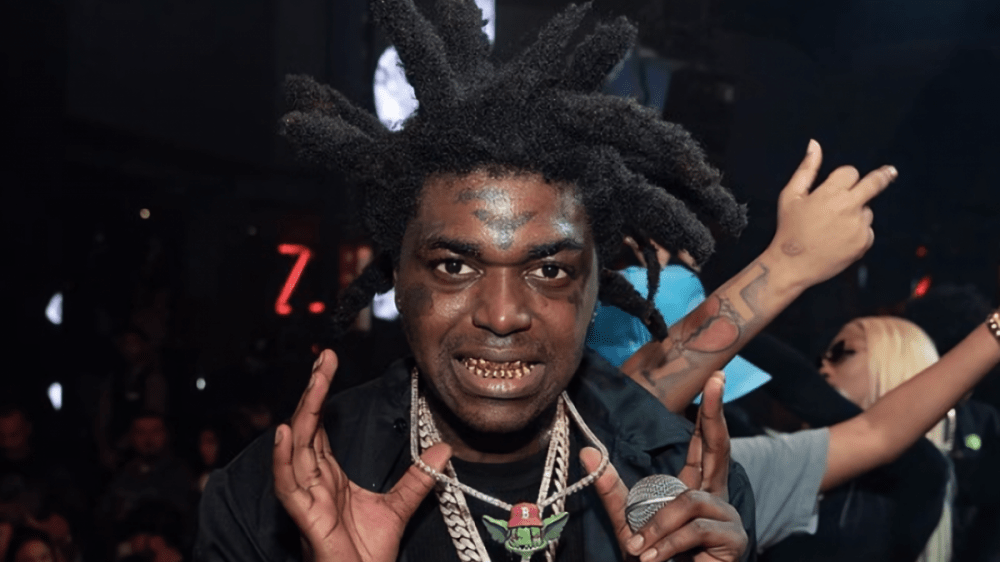 Miami, FL – Kodak Black is back making a splash on the Billboard charts thanks to his latest hit “Super Gremlin.” The Sniper Gang Presents Syko Bob & Snapkatt: Nightmare Babies album cut climbed to No. 10 on the Billboard Hot 100 last week, earning the Florida rapper his third top 10 hit of his turbulent career.

Kodak celebrated the achievement over the weekend by adding a custom “Super Gremlin” diamond chain to his jewelry collection. The neckpiece features a 30-pointer tennis chain paired with a glow-in-the-dark green gremlin pendant adorned with a red Boston Red Sox hat.

The 24-year-old rapper was gifted the chain by famed jeweler Maksud Trax Agadjani (of TraxNYC) during a performance at a Miami nightclub on Saturday night (January 15). Naturally, Kodak christened his new chain by launching into a performance of “Super Gremlin.”

“This is a piece that he saw on his website — or his producer saw — and they wanted [it] because it fit the song ‘Super Gremlin,’ which is obviously a hit and he wanted it on a monster tennis chain,” Agadjani explained in an Instagram video.

“The piece glows in the dark. It’s got orange diamonds, diamond chains, 30 pointers, 24 inches, VS1, G color and obviously you can see the flashing on the chain and how it completes his set for the night as he performs ‘Super Gremlin.’”

However, Kodak Black’s new chain is at the center of a dispute over the pendant design. 1800 Laboratories, a Portland, Oregon-based graphic designer, has accused TraxNYC of stealing his design, which he claimed he originally created for artist HK Billy in July.

“Y’all need a better graphic design team if you gotta steal work from your clients,” 1800 Laboratories wrote in an Instagram Story on Monday (January 17), tagging TraxNYC. “I made this design for @HK__BILLY and only Billy.”

In response, Agadjani denied any wrongdoing and expressed confusion at the designer’s reaction to seeing a “superstar” like Kodak Black wear a chain bearing his design, yet vowed to make things right.

“Shout out to HK Billy and 1800 Laboratories,” he said in a series of Instagram Story clips. “This is a great blessing in all reality to get this piece out there and have it on a superstar. I would think, if it was me in their shoes, I would be fucking thrilled that’s the case, but apparently that’s not the case.

“Well, I’m going to try to make things proper and smooth and have time to think and research on what was going on and I can explain myself very, very well. Not a person to do anything wrong and nothing wrong was done.”