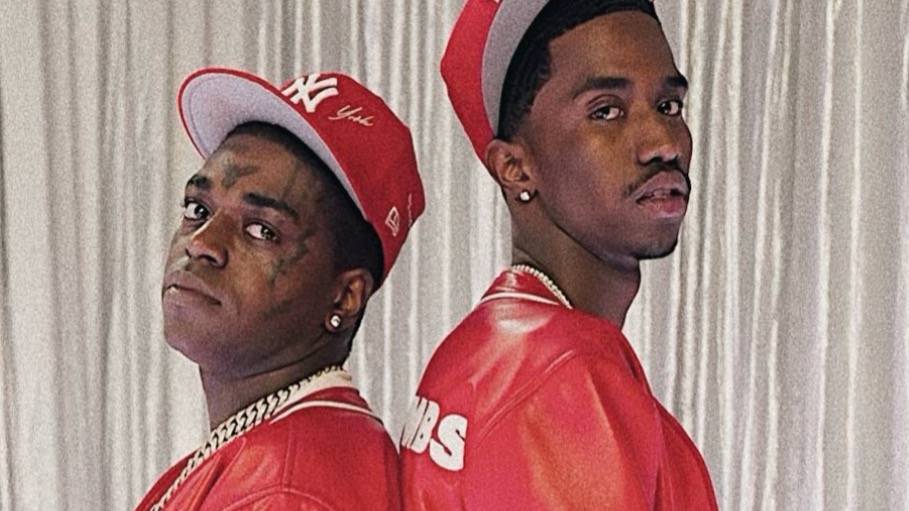 Kodak Black is now officially the owner of a Bad Boy chain thanks to a very special gift from Diddy’s son King Combs.

Video of the exchange sees Combs handing Kodak the chain while backstage at an event. Diddy’s son deemed Yak an official member of Bad Boy thanks to the new piece of jewelry, and the Florida rapper appeared very grateful in the clip.

The chain was gifted as a thank you to Kodak for hopping on Combs latest single “Can’t Stop Won’t Stop.”

“Had to bless my brother with the official Bad Boy chain!” He wrote in the caption. “Welcome to the family! @KodakBlack THANK YOU for locking in and making this hit with me! #CantStopWontStop out now on all platforms!”

Kodak has been very busy as of late, featuring on a variety of songs. He recently dropped a verse on “Live Life Die Faster” with his fellow Florida rapper Hotboii; he joined forces with 22Gz on his new single “Up N Stuck;” traded bars with Moneybagg Yo on his track “Rocky Road;” and even tapped into his pop-side on Jason Derulo’s new track “Slidin.”

As for King Combs, “Can’t Stop Won’t Stop” marks a potential album rollout and comes on the heels of his last single “Gas You Up” featuring DreamDoll.

Diddy’s son had previously told HipHopDX that being a part of his father’s legacy was a “gift,” and that he hopes he can soon use it to help his own legacy speak for itself.

“I think being a part of the Bad Boy legacy is definitely a gift,” Combs told DX. “I can’t even name a legacy that I think is better than Bad Boy’s legacy. It definitely paved the way for a lot of artists and the sound of Hip Hop.