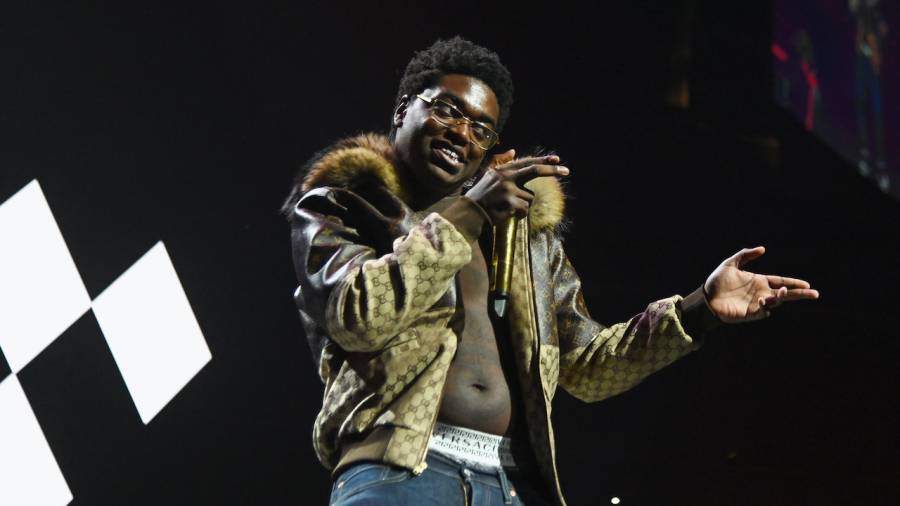 Kodak Black is already back in the booth, just days after receiving a presidential pardon from Donald Trump.

The Florida-born rapper celebrated his newfound freedom by sharing “Last Day In” on Friday (January 22). On the guitar-heavy track, he raps he was thankful for Trump’s pardon but admits the disgraced former Commander-In-Chief was not his favorite president.

“Trump done freed me but my favorite President is on the money,” he sings on the track, saying he doesn’t need autotune but rather he didn’t need any “tune for the auto.”

“Last Day In” follows Kodak’s November 2020 Bill Israel album and days after he shared a post on Twitter not only saluting Trump with a cartoon drawing but also outfitting him with Kodak’s signature wild dread hairstyle.

“I Was Already Fuckiin Wit Yo Campaign But Shidd We Locked In Na @POTUS45,” he tweeted on Saturday (January 23).

I Was Already Fuckin Wit Yo Campaign But Shidd We Locked In Na @POTUS45 pic.twitter.com/1OuiBoL5Bx

Kodak was set to finish a 46-month sentence inside of federal prison for falsifying legal documents to obtain a gun as a convicted felon. After numerous pleas to Trump, including requesting a meeting with him, he found his name on the list of former inmates to have their sentences commuted. Among Kodak’s sponsors were Lil Yachty, Baltimore Ravens quarterback Lamar Jackson and more.

Kodak may be free from any federal prosecution in his gun case, but he’s still facing possible jail time over an alleged sexual assault case in South Carolina — something presidential clemency can’t fix.

Authorities in Florence County, South Carolina want the 23-year-old platinum rapper to stand trial for allegedly forcing himself onto a woman in February 2016 and biting her neck and breast. If convicted, the sexual assault charge carries a maximum sentence of 30 years in jail.

Listen to Kodak’s “Last Day In” above.