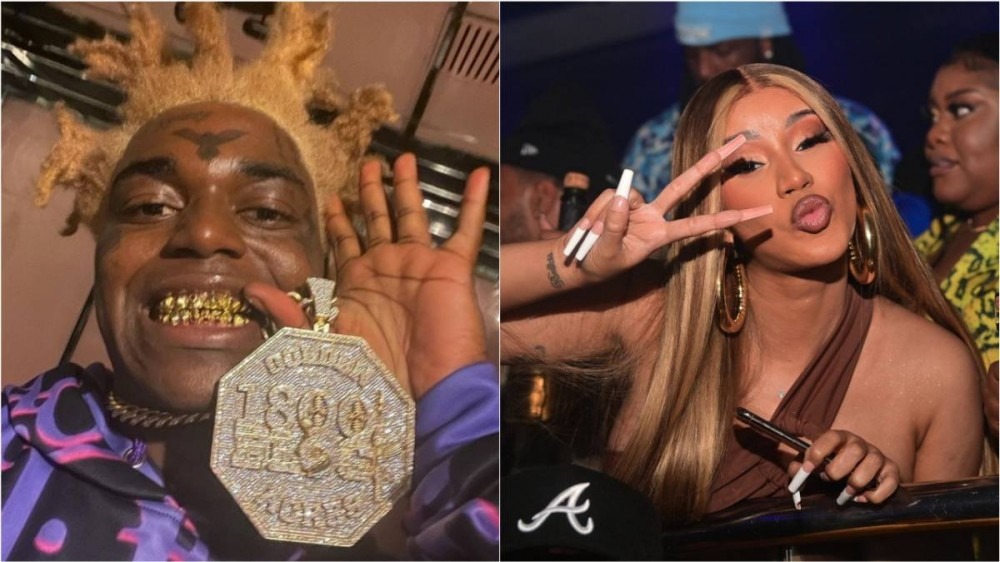 Oakland Park, FL – Kodak Black was in a giving mood for his birthday on Friday (June 11).

The rapper was honored with his own day in Broward County, Florida and during a ceremony at the Lippman Youth Shelter, he was greeted by Broward County Commissioner Dale Holness with a proclamation, honoring him for his work in the community. In turn, Kodak donated $5,000 to the shelter for a charity basketball game.

On the same day of the release of his Happy Birthday Kodak EP, the pardoned rapper told onlookers the award meant more than any platinum plaque. The proclamation highlighted some of the good deeds he’s pulled off before and since his release from federal prison in January.

The gifts weren’t only for the shelter on Friday. Kodak ventured to a local jeweler where he picked up a bracelet specifically made for Cardi B. The diamond-studded link features charms specifically for Cardi’s daughter Kulture and a brace which spells out CARDIYAK.

Back in 2017, Cardi rose to superstardom when her song “Bodak Yellow” reached No. 1 on the Billboard Hot 100, the first solo No. 1 for a female rapper since Lauryn Hill’s “Doo Wop (That Thing).” The track, clearly influenced by Kodak’s “No Flockin,” drew ire from critics who thought Cardi stole Kodak’s flow. During a show, the Invasion Of Privacy star addressed the issue, bluntly telling the crowd, “So what, bitch?”

Ultimately, Cardi saluted Kodak when “Bodak” became the first diamond single from a female rapper in history in March, highlighting how he’s a credited writer on the song.