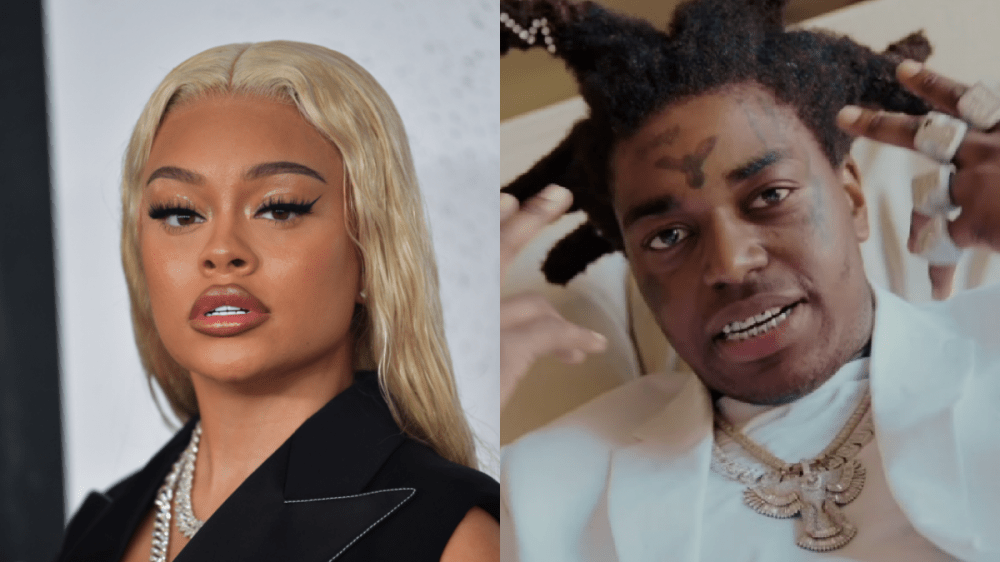 Latto ramped up excitement for her forthcoming album 777 on Monday (March 21) by revealing the project’s star-studded tracklist on Instagram.

In addition to the original 13 songs, the album will contain a bonus remix of her hit single “Big Energy” featuring a surprise guest, dropping on March 28.

Fans have already begun speculating who that special guest might be, with big names such as Nicki Minaj, Doja Cat and Mariah Carey being thrown around.

The existing guests on 777 have also come under scrutiny since the tracklist announcement. During a recent interview with Big Boy, Latto revealed one of her album’s male artists had been stiffing her because she wasn’t receptive to his sexual advances.

“It’s a feature on my album that was difficult to clear. They tryna drop they nuts on me because I won’t respond to a DM,” she said. “We think like, ‘Oh, well that just comes with the game being a female rapper.’ No it shouldn’t, though. You know you ain’t doing that to your fellow male rappers!”

Latto said there is a male feature on her album & he gave her a hard time clearing the track because she wouldn’t sleep with him. pic.twitter.com/r6fQLVoQN4

Many fans pointed the finger at “Bussdown” co-star Kodak Black, who in a recent appearance on The Breakfast Club said he expects female artists to put out for him because of what he can do for their career.

“With my female artists, this is how it is… I gotta buss ’em,” he said. “They ain’t gotta be my girlfriend, but I’m gonna buss ’em.”

When Charlamagne Tha God and Angela Yee called him out, Kodak replied, “So why you expect a n-gga to do music with you then?”

However, Kodak Black took to Twitter early Tuesday (March 22) to shut down the notion that he’s Latto’s “difficult” male collaborator.

Serving as the follow-up to her 2020 debut album Queen of Da Souf, 777 has already spawned two hit singles in “Big Energy” and the 21 Savage-assisted “Wheelie.”

“Big Energy” currently sits at No. 14 on the Billboard Hot 100, while “Wheelie” sparked a TikTok dance challenge before it even came out.

During an interview with Angie Martinez earlier this month, Latto opened up about crafting her sophomore album.

“I’m very passionate about my work so I’m never gonna put out no bullshit,” she said. “I know I got a lot of eyes on me right now and it’s a little pressure to deliver, so I’m like, ‘This gotta be up to par.’

“I feel like my growth as a woman reflects in my music, you’re gonna hear the evolution and just new experiences, new relationships I have to talk about.”