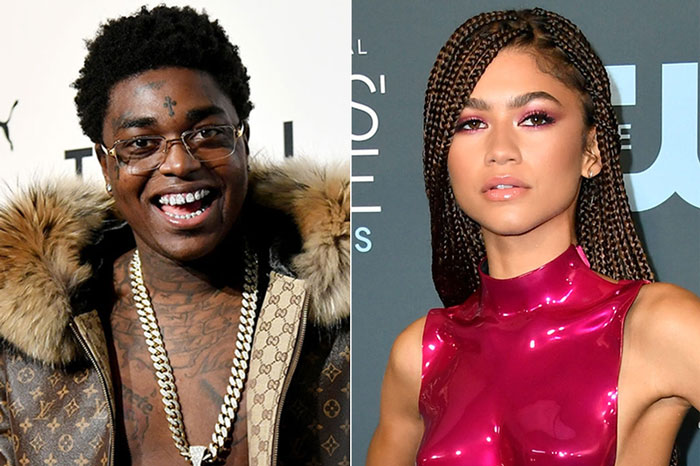 Kodak Black is shooting his shot this Valentine’s Day.

The incarcerated rapper has dedicated a love poem to Zendaya from behind bars. In his short and sweet post, Lil Kodak poured out his heart to the Spider-Man actress, while tagging her on Instagram.

“Zoolin In a Ice Box / Froze in time,” he wrote. “But Mentally You’re My Valentine / Hope I Made You Smile With This Poem / I’m Thinking Bout You All the Way Home.”

He added, “P.S. Don’t Make Me Beat Spider Man Up,” a reference to Zendaya’s role as Spider-Man’s girlfriend Michelle “MJ” Jones in the comic book movie.

@Zendaya (Because Of You)

Heart Break Kodak has also released a new song called “Because of You” in honor of Valentine’s Day, on which he shows a softer side. “Fuck it, I’ma just show this girl another side of me,” he says before vowing to change his ways. “You deserve a better me, a better person.”

This is not the first time he has released music for Valentine’s Day. In 2018, he dropped his R&B mixtape Heart Break Kodak.

Kodak is currently serving a 46-month sentence on weapons charges and is slated to be released from prison in August 2022. He was recently transferred from Miami’s Federal Detention Center to a federal pen in Kentucky.

While at FCI Miami, he complained that prison officials were conspiring against him and that he and other inmates had to endure inhumane conditions. “They are strategically killing me slowly in here. I have been humiliated over and over again,” wrote Kodak in an open letter.