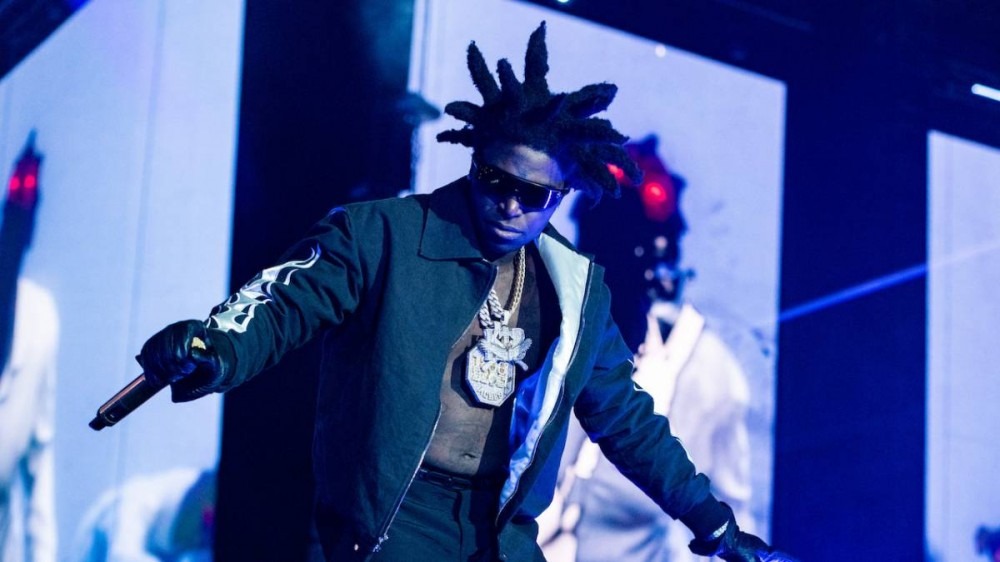 Kodak Black has a unique twist on parenting – and gift-giving.

After welcoming his second child in January, the 24-year-old rapper chose to splurge for his son King’s seventh birthday. Instead of buying the child a pair of shoes or toys, Yak decided to gift the young boy known as Baby Yak a diamond grill.

“Junior Kodak, you already know what time is it!” the jewelry exclaims as Kodak watches via FaceTime. “Kodak, he tryna be like you, boy!”

The child’s grill probably won’t be seen much later on in his life but Kodak’s appreciation for his son has seen far more curious decisions to be made on the young boy’s behalf. Last December, Kodak came under fire on social media for encouraging a grown woman to twerk on his son.

Kodak has firmly planted his feet in fatherhood in recent months. He welcomed a baby girl, Queen Yuri Kapri, with ex-girlfriend Maranda Johnson in January. Weeks later, he discovered he would be a father of a baby girl for the second time, this time with ex-girlfriend Daijanae Ward. The couple had a baby shower on February 25, where Kodak learned the gender of the child.

Days after the baby shower, Kodak remarked how he wished he was having a boy.

“I Wore Blue & Pink To Be Neutral About Everything Even Tho I Wanted A Boy Kuz I Just Had a Daughter In January,” he wrote while sharing photos from the gender reveal party. “I Was A Lil Upset When That Pink Smoke Came Out But It Is What It Is I Know We’ll Produce A Beautiful Healthy Baby !!!”

He added, “To Be Honest I Was Suppose To Have Two Daughters Anyways For My Legacy !!! King , Queen , Princess & Prince. The Next One Gone Be A Boy tho. NO MATTER WHAT I WOULD FOREVER LOVE ALL MY KIDS THE SAME.”