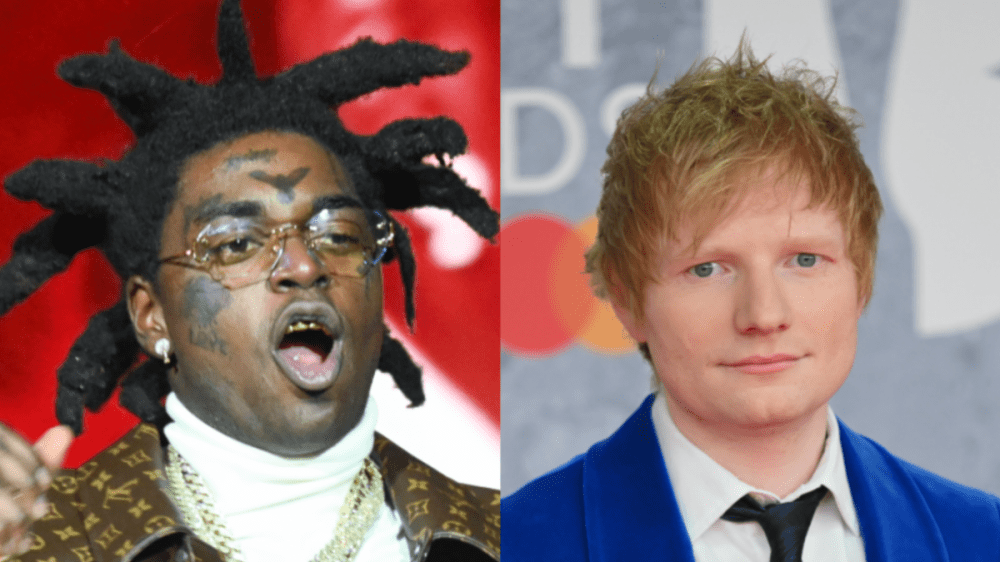 Kodak Black is continues to hype up new music with Ed Sheeran following the release of his Back for Everything album on Friday (February 25).

The Florida rapper took to social media on Sunday (February 27) to share a bunch of photos with the pop superstar. Kodak Black gifted Sheeran with an 800 Block, Golden Acres chain that represents the area he grew up in Pompano Beach, with the jewelry also featuring a gun in the letters.

“#BackForEverything Out Now,” he wrote. “Me & Ed Sheeran Got Alotta Shit Coming.”

Earlier in February, Kodak Black announced he and Ed Sheeran had a collaboration on the way that would either appear on his Back for Everything album or another project he’s dropping later this year.

“I Got A Song Wit Ed Sheeran & Other Elite Artists I Snapped Within a Year,” he said at the time. “My Song With Ed Sheeran So Fye I’m Tryna Decide Should I Put It On This Album Or My Album In August.”

Kodak Black and Ed Sheeran are both signed to Atlantic Records, with the latter no stranger to collaborating with American rappers. His 2019 album No.6 Collaborations Project had features from Cardi B, Travis Scott, Eminem, 50 Cent, Young Thug, Meek Mill, Chance The Rapper, PnB Rock, A Boogie Wit Da Hoodie and many others.

This isn’t the first time Kodak Black has shown love to Ed Sheeran. In 2017, he was seen singing along his smash hit “Shape of You,” with a YouTube upload of the video racking up over 2.5 million views.

Kodak Black’s latest album Back for Everything features just one appearance from Lil Durk, with production from the likes of Scott Storch, Murda Beatz, Zaytoven, Boi-1da, London On Da Track, Buddah Bless, Cubeatz, Vinylz and more. It serves as the follow-up to 2021’s Haitian Boy Kodak EP.